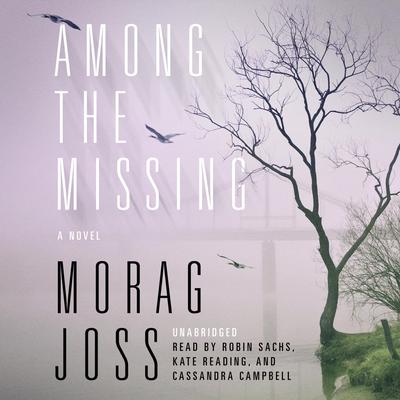 “Whenever an accident or natural disaster occurs from which bodies may never be recovered, there is always somebody for whom it becomes a chance to disappear. There is always somebody who, believing that vanishing from one life is the way to enter a better one, will choose to be presumed among the missing; somebody who would rather be thought dead than have to say ‘I’m leaving you.’”

A pregnant woman, believed killed in a bridge accident in the Scottish highlands, seizes her chance to disappear from her uncaring husband. Determined to safeguard her baby’s future and reinvent herself, she befriends illegal immigrant Silva, whose husband Stefan and daughter Anna, as she alone knows, have died in her place. As the bridge is rebuilt, the two women build a precarious existence in a makeshift home by the river. While Silva waits for Stefan and Anna’s return and the pregnant woman awaits the birth of her child, they are helped by the boatman, Ron, whose devotion to them masks his guilt for a past disaster for which he must atone.

Each of them having crossed some bridge in retreat from the world, each seeking an ever-elusive peace of mind and struggling with displacement and grief, together the three exiles conjure an unstable mix of trust and distrust, compounded by love and jealousy, both parental and sexual. With the discovery of Stefan’s and Anna’s bodies in the river, the tension in their uneasy triangle mounts inexorably and unbearably. With the birth of the new baby only days, then hours away, it finally breaks.

Notice to our customers about Among the Missing