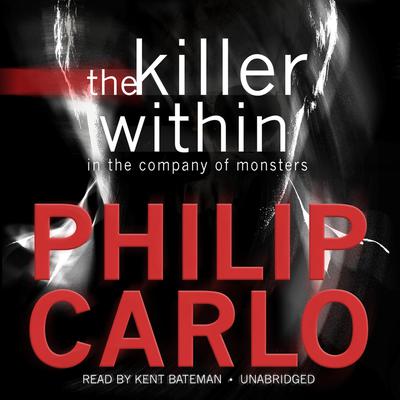 In the Company of Monsters

In researching his acclaimed true-crime books, Philip Carlo interviewed some of the most infamous criminals and killers of our times in prisons and on death rows throughout the country. He was able to forge trusting relationships with his subjects, enabling him to extract the facts behind their monstrous acts and identify what motivated them to commit their horrific crimes.

Carlo’s investigative achievements are remarkable, but what wasn’t known to his readers is that, while working on The Ice Man, he learned he had amyotrophic lateral sclerosis (ALS), a terminal illness that causes all of the muscles in the body to atrophy over time. Suddenly, after years of penetrating the minds of killers, Carlo found himself being pursued by the grim reaper. But rather than lying down and succumbing to the disease, Carlo continued to work, his books still getting published to both critical and commercial acclaim.

In The Killer Within, Carlo documents his difficult experiences with ALS and explains how he managed to continue writing prodigiously in the face of adversity. The Killer Within is a gripping, suspenseful page-turner that pulls the listener into the netherworld of Mafia bosses, Mafia hit men, and serial killers, as well as the hard realities of dealing with a fatal disease.

Notice to our customers about The Killer Within