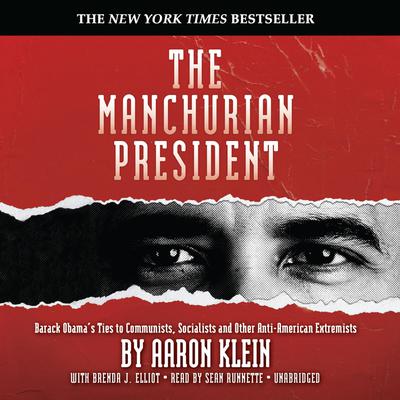 Barack Obama's Ties to Communists, Socialists and Other Anti-American Extremists

Eloquent, winsome, and charismatic, Barack Obama has emerged from almost total obscurity to quickly become the most powerful man in the world. But most Americans know almost nothing about their forty-fourth president. Until now.

Tens of millions of Americans sense there is something very wrong with the president of the United States, but they don’t know exactly what. The Manchurian President answers that question. In writing this exhaustively researched book—which is thoroughly documented with over eight hundred endnotes—Aaron Klein, with Brenda J. Elliott, definitively exposes just how dangerous Barack Obama really is as America’s president and commander in chief. Among the book’s chilling findings:

–Startling facts about Obama’s eligibility to serve as president

–How Obama’s “hope” and “change” slogans stem from communist activism

–Communists, socialists, and other radicals on team Obama, including an exposé on Obama’s top guns in the White House

Notice to our customers about The Manchurian President