The Three Weissmanns of Westport

In this sparkling contemporary adaptation of Sense and Sensibility, sisters Miranda, an impulsive but successful literary agent, and Annie, a pragmatic library director, quite unexpectedly find themselves the middle-aged products of a broken home when their mother, Betty, is dumped by her husband of nearly fifty years. Exiled from her elegant New York apartment by her husband’s new mistress, Betty is forced to move to a small, run-down beach cottage in Westport, Connecticut, owned by her wealthy and generous Cousin Lou. Joining her are Miranda, who is escaping unexpected literary scandals, and Annie, who dutifully comes along to keep on eye on her capricious mother and sister. As the sisters mingle with the suburban aristocracy, love starts to blossom for both of them, and they find themselves struggling with the dueling demands of reason and romance.

Hillary Huber is one of the most successful voice talents in Los Angeles. Recent books read for Blackstone Audio include Him, Her, Him Again, the End of Him by Patricia Marx, A Field of Darkness by Cornelia Read, and A Map of Glass by Jane Urquhart. 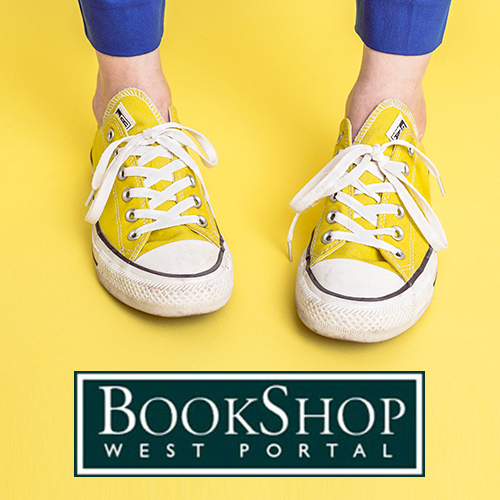 “Hilarious and tender, this story of two sisters and their mother—all caring for one another sincerely but imperfectly during a time of upheaval—is absolutely wonderful. You’ll turn each page with anticipation, all the while wishing you could read it slowly in order to savor the deliciousness of Schine’s particular sensibility. Either way, fast or slow, it will warm the center of your heart.”

“[Cathleen] Schine’s homage to Jane Austen has it all: stinging social satire, mordant wit, delicate charm, lilting language and cosseting materialistic detail. The Three Weissmans of Westport is richly inhabited. Schine’s characters, minor and major, have such precisely imagined presence that they need only nod with affectionate courtesy to the shadows cast by Sense and Sensibility before casting them away…The Three Weissmanns of Westport is much more than a romantic comedy.”

“A clever, frothy novel…The ironic title—the three are anything but wise men—does little justice to Schine’s real wit, which playfully probes the lies, self-deceptions, and honorable hearts of her characters.”

“Schine sets the Austen machinery in perfect forward motion, and then works some lovely modern changes, keeping the pace going at a lively clip…Spotting the similarities and differences between the early nineteenth-century and early twenty-first-century stories is good sport, but the greater pleasure comes from Schine’s own clever girls and their awkward attempts to find happiness.”

“Schine has been favored in so many ways by the muse of comedy…The Three Weissmanns of Westport is full of invention, wit, and wisdom that can bear comparison to Austen’s own.”

“No Cathleen Schine book is without wit and sharply observed moments.”

“There is so much zest for life in this novel that you can only imagine how much fun Cathleen Schine had writing it.”

“Compulsively readable…An Austenesque mischief hovers over these romantic relationships as the three women figure out how to survive and thrive. It’s a smart crowd pleaser with lovably flawed leads and the best tearjerker finale you’re likely to read this year.”

“Schine’s Austenesque novel of manners translates delightfully to audio, thanks to the witty, character-centric writing and Hillary Huber’s empathetic narration. Huber’s nuanced performance makes the listener feel for elderly, abandoned Betty and her two beleaguered daughters, and the creative character voices brings the colorful cast to vivid life. Best of all, as expressive as she is, Huber is never histrionic: even when selfish characters like gold digger Felicity present their points of view, Huber plays it straight, allowing the characters’ patently self-serving words to speak for themselves and the listener to judge them, resisting the urge to overplay the obvious hypocrisy. This audio is a pleasure to listen to—a perfect marriage of novel and narrator.”

“Cathleen Schine’s humorous yet poignant look at contemporary life, love, and relationships makes for thoroughly enjoyable beach listening. In a fresh take on some familiar themes, an aging matron and her two middle-aged daughters learn lessons in loss, renewal, and survival. Using nuance and inflection, narrator Hillary Huber instantly captures the Weissmanns’ Upper East Side smart set as she delivers dialogue full of dry humor and irony. Outright mimicry and a fine hand with accents make her just as convincing presenting the rest of the diverse cast. What Schine begins with her witty and insightful story, Huber completes with her engaging delivery. Grab the beach chair and sunblock—summer has arrived.”

“Schine has captured the essence of Sense and Sensibility and dropped it into today’s Manhattan and Westport…The wide-ranging cast of characters—fools, scoundrels, poseurs, the good-hearted, and secret heroes—provides interesting interplay…Manhattan, Westport, and Palm Springs are but mere extensions of the classic drawing room. There is sadness but also love in this thoroughly enjoyable, finely crafted modern novel.”

“Drawing on Jane Austen’s Sense and Sensibility, Schine has written a witty update…While beautifully preserving the essence of the plot, Schine skillfully manages to parallel the original novel in clever twenty-first-century ways…Austen lovers and those who enjoyed updates like Paula Marantz Cohen’s Jane Austen in Boca and Jane Austen in Scarsdale should appreciate this novel.”

“Already recognized for her own witty romantic comedies of manners, Schine joins the onslaught of Austen imitators…Infectious fun.”

“Hillary Huber is an experienced voice talent and her fully-voiced reading here is as professionally perfect and exact as is her brief mimicry of Katherine Hepburn. Betty is fey; Miranda is difficult; Annie is frustrated; Cousin Lou is warm and generous, and all the other characters are equally distinguished. A most pleasurable listening experience.”