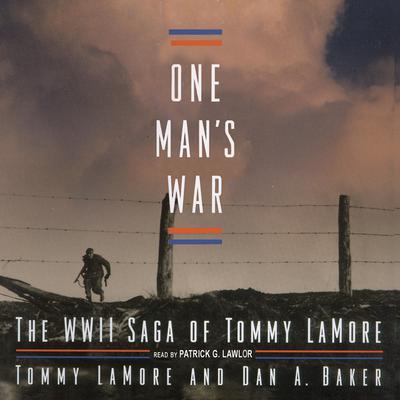 The WWII Saga of Tommy LaMore

Escaping certain death—not once but several times—lies at the core of the riveting, real-life story of an American soldier during World War II. In One Man’s War, B-17 pilot Tommy LaMore vividly details his experiences in war-ravaged Germany, from the horrific to the romantic and beyond.

LaMore’s saga began when his plane collided with another B-17 above France—plummeting to the ground below. He then entered the French Resistance, where he employed his knowledge of explosives to bomb German operations, and later faced a death sentence in a Polish death camp after being betrayed by an informant. LaMore endured the camp’s gruesome conditions and eventually escaped, just days before the Germans slaughtered every man in the camp.

This captivating book tells of the relationships LaMore formed, not only with fellow crewmen but also with French Resistance fighters, with Polish prisoners, with a young and pretty survivor of a women’s labor camp, and, surprisingly, with a larger-than-life Russian officer with a heart set on revenge. There are fascinating descriptions of the bloodthirsty Mongols on horseback who accompanied the Russians and who struck fear into the hearts of even the most hardened German SS men.

Intrigue, passion, and loss imbue LaMore’s spellbinding tale and make One Man’s War a compelling read not only for history aficionados and WWII scholars but also for those who are fascinated by the bittersweet nature of love in times of war.

Notice to our customers about One Man’s War