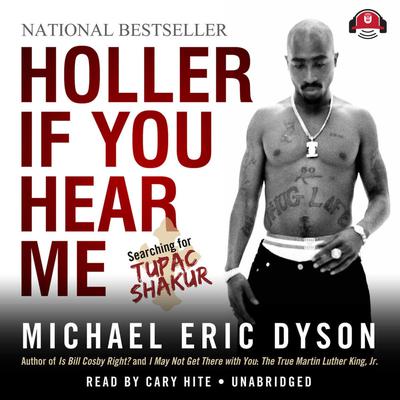 Holler If You Hear Me

Tupac Amaru Shakur (1971–1996) was an American rap artist, actor, and social activist. More than seventy-five million of his albums have sold worldwide, making him one of the bestselling music artists in the world. Rolling Stone magazine named him the 86th Greatest Artist of All Time.

Shakur also gained notoriety for his conflicts with the law and time spent in prison.

Most of Tupac’s songs are about growing up amid violence and hardship in ghettos, racism, other social problems, and conflicts with other rappers during the East Coast–West Coast hip-hop rivalry.

In September 1996, after attending a boxing match in Las Vegas, Shakur was shot four times and died several days later.

Shakur’s double album, All Eyez on Me, is one of the highest-selling rap albums of all time, with more than five million copies of the album sold in the United States alone. A Vibe magazine poll in 2004 rated Shakur “the greatest rapper of all time” as voted by fans. In 2010, he was inducted to the Library of Congress’ National Recording Registry.

More than a decade after his murder, Tupac Shakur is even more loved, contested, and celebrated than he was in life. His posthumously released albums, poetry, and motion pictures have catapulted him into the upper echelon of American cultural icons. In Holler If You Hear Me, “hip-hop intellectual” Michael Eric Dyson, acclaimed author of the bestselling Is Bill Cosby Right?, offers a wholly original way of looking at Tupac that will thrill those who already love the artist and enlighten those who want to understand him.

Notice to our customers about Holler If You Hear Me