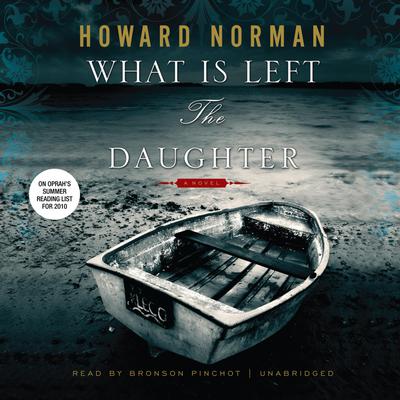 What Is Left the Daughter

Howard Norman, widely regarded as one of this country’s finest novelists, returns to the mesmerizing fictional terrain of his major books—The Bird Artist, The Museum Guard, and The Haunting of L—in this erotically charged and morally complex story.

Seventeen-year-old Wyatt Hillyer is suddenly orphaned when his parents, within hours of each other, jump off two different bridges—the result of their separate involvements with the same compelling neighbor, a Halifax switchboard operator and aspiring actress. The suicides cause Wyatt to move to small-town Middle Economy to live with his uncle, aunt, and ravishing cousin Tilda.

Setting in motion the novel’s chain of life-altering passions, and the wartime perfidy at its core, is the arrival of German student Hans Mohring, carrying only a satchel. Actual historical incidents—including a German U-boat’s sinking of the Nova Scotia–Newfoundland ferry Caribou, on which Aunt Constance Hillyer might or might not be traveling—lend intense narrative power to Norman’s uncannily layered story.

Wyatt’s account of the astonishing events leading up to his fathering of a beloved daughter spills out twenty-one years later. It’s a confession that speaks profoundly of the mysteries of human character in wartime and is directed, with both despair and hope, to an audience of one. An utterly stirring novel, this is Howard Norman at his celebrated best.

Notice to our customers about What Is Left the Daughter