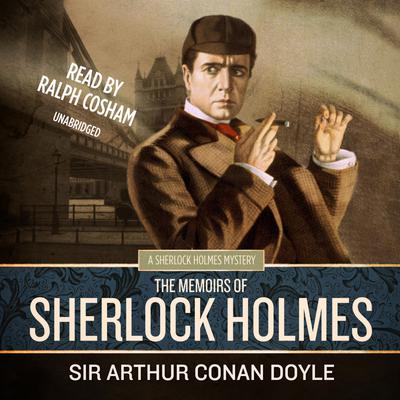 The Memoirs of Sherlock Holmes

These delightful stories of the famous hawkeyed detective are told by his friend and foil, Dr. Watson. Sir Arthur Conan Doyle draws us into nineteenth-century London—hansom cabs, train rides, and foggy nights—where Holmes astutely solves the most complex and perplexing cases of the day. Among the short stories included in this collection is “The Gloria Scott,” an account of Holmes’ very first case, and “The Greek Interpreter,” in which we finally meet Holmes’ intellectual brother, Mycroft.

The various adventures in The Memoirs of Sherlock Holmes are overshadowed by the event with which they close—the meeting of the great detective and Moriarty, the Napoleon of Crime. That struggle, seemingly to the death, was to leave many readers desolate at the loss of Holmes but was also to lead to his immortality as a literary figure.

Other stories include “Silver Blaze,” “The Yellow Face,” “The Stockbroker’s Clerk,” “The Musgrave Ritual,” “The Reigate Puzzle,” “The Crooked Man,” “The Resident Patient,” “The Naval Treaty,” and “The Final Problem.” 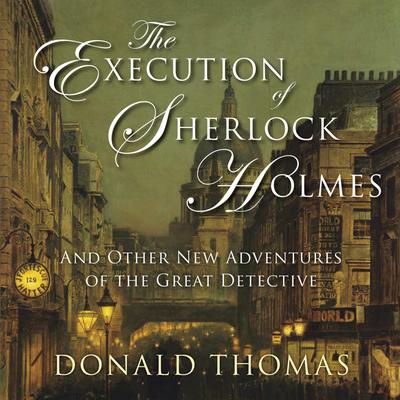 The Execution of Sherlock Holmes

Drugged, manacled, condemned to a dank cell in the depths of London’s infamous Newgate prison, the world’s greatest literary detective awaits execution by a vengeful crew of formidable enemies. Escape is impossible; death, a certainty. But not for Sherlock Holmes, who, in a stunning display of intellect and derring-do, will elude his hangman’s... Read more » 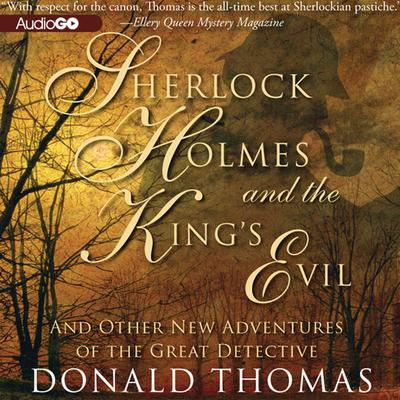 Sherlock Holmes and the King’s Evil

In these fivetales of intellectual derring-do, Sherlock Holmes is shown at the height of hispowers. He cooperates with a young Winston Churchill in the famed Siege ofSydney Street, helps defeat a plan for a German invasion outlined in... Read more » 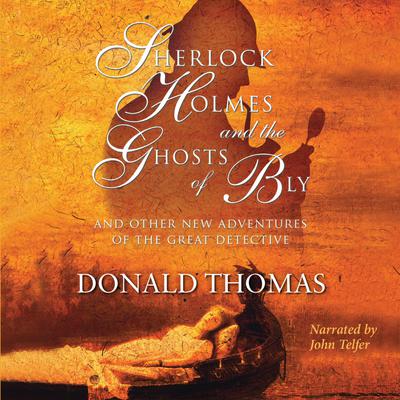 Sherlock Holmes and the Ghosts of Bly
Donald Thomas

Sherlock Holmes and the Ghosts of Bly

"Have you ever seen a ghost, Mr. Holmes?" asks Victoria Temple, and Sherlock Holmes, at the height of his powers in 1898, must face a new challenge, one that plunges the great detective into the realm of the supernatural. Miss Temple has been found guilty-but also insane-at her trial for murdering a child under her care. She is locked away in... Read more » 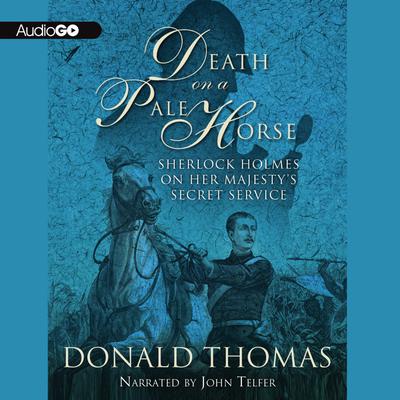 Death on a Pale Horse

In a momentous period of British history, Donald Thomas’ latest Sherlock Holmes adventure pits the great detective and his faithful biographer, Dr. John Watson, against an international conspiracy led by a disgraced English officer. Colonel Hunter Moran bears upon him the “Mark of the Beast”; his satanic ingenuity leaves a spectacular trail of... Read more » 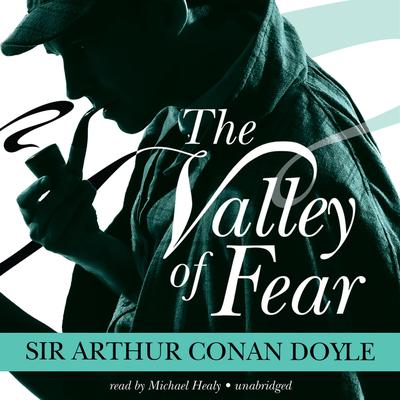 The Valley of Fear

When a strange coded message arrives at 221B Baker Street, sent by a member of Professor Moriarty’s criminal organization, Sherlock Holmes soon deciphers it and finds a warning: someone is about to be murdered. A visit from a Scotland Yard inspector confirms that one John Douglas has been mysteriously killed in Sussex. Even Sherlock Holmes, well... Read more » 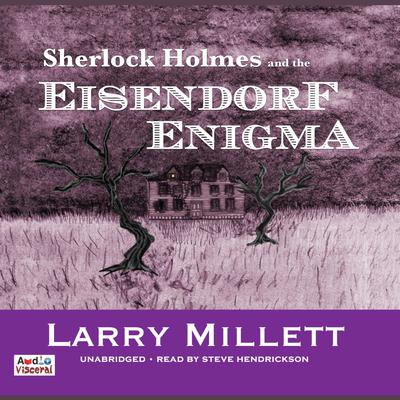 Sherlock Holmes and the Eisendorf Enigma

Dogged by depression, doubt, and-as a trip to the Mayo Clinic has revealed-emphysema, sixty-six-year-old Sherlock Holmes is preparing to return to England when he receives a shock: a note slipped under his hotel room door, from a vicious murderer he'd nearly captured in Munich in 1892. The murderer, known as the Monster of Munich, announces that... Read more » 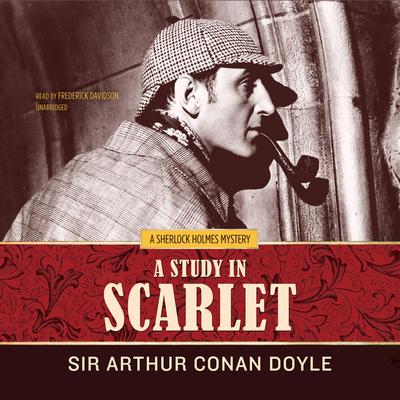 Two American travelers have been killed—one with poison, the other with a knife through the heart—and the only clues at the scene are a woman’s wedding ring and the German word for “vengeance” written in blood. The military surgeon Dr. John Watson is brought in to investigate, along with his clever, arrogant new roommate, Sherlock Holmes. Thus... Read more » 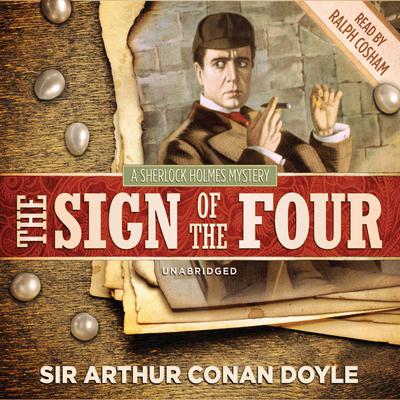 In this second Sherlock Holmes novel, the indomitable sleuth is visited by a woman in distress. Each year for the past six years, on the anniversary of her father’s mysterious disappearance ten years ago, Miss Mary Morstan has been receiving pearls, she knows not why or from whom. This time, her anonymous benefactor wants to meet. In the letter,... Read more » 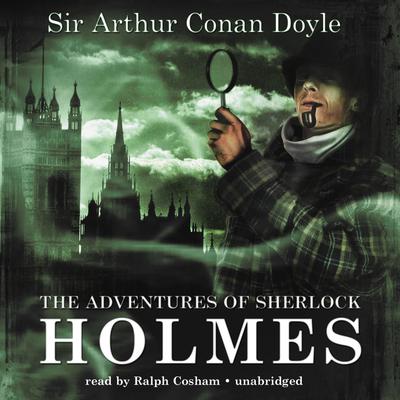 The Adventures of Sherlock Holmes

Since Doyle created the immortal Sherlock Holmes and his assistant Dr. Watson, no other mystery writer has come close to eclipsing him as the standard bearer in crime fiction. A brilliant London-based “consulting detective,” Holmes is famous for his intellectual prowess and renowned for his skillful use of astute observation, deductive... Read more » 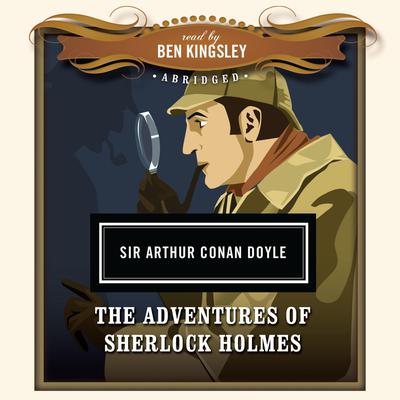 The Adventures of Sherlock Holmes

In the one hundred years since Sir Arthur Conan Doyle created the immortal Sherlock Holmes and his sidekick Watson, no other mystery writer has come close to eclipsing him as the standard bearer of detectives. Holmes is at the height of his powers here in many of his most famous cases, first published in Strand magazine in 1891-1892.This... Read more » 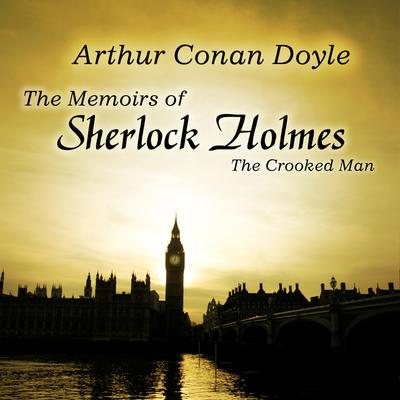 The Memoirs of Sherlock Holmes: The Crooked Man

In this classic Sherlock Holmes tale of treachery, murder, and theft, “The Crooked Man,” a long-lost love returns horribly changed, revealing an awful treachery that has been kept secret for decades.The story is read by a true master, Edward Hardwicke, a talented actor who plays Sherlock Holmes’s associate, Dr. Watson, as seen on the popular PBS... Read more »

The Memoirs of Sherlock Holmes

These delightful stories of the famous hawkeyed detective are told by his friend and foil, Dr. Watson. Sir Arthur Conan Doyle draws us into nineteenth-century London—hansom cabs, train rides, and foggy nights—where Holmes astutely solves the most complex and perplexing cases of the day. Among the short stories included in this collection is “The... Read more » 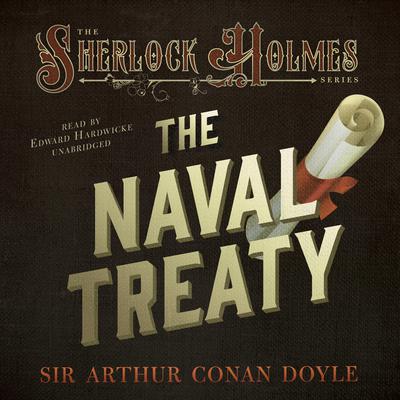 In The Naval Treaty, a classic Sherlock Holmes tale of treachery, murder, and theft, an innocent man’s honor, position, and health are at stake when a treaty of the utmost importance is stolen from his office.

The story is read by a true master, Edward Hardwicke, a talented actor who plays Sherlock Holmes’s associate, Dr. Watson, in the popular... Read more » 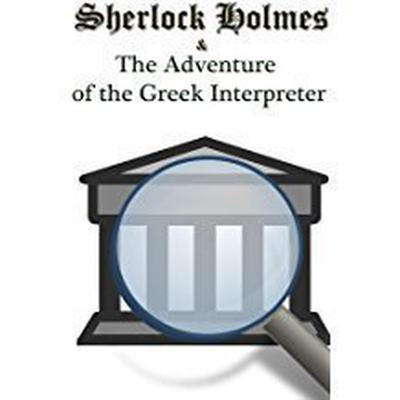 Sherlock Holmes’s brother, Mycroft, appears in this classic mystery, The Greek Interpreter, to lead Holmes and Watson to a hideous murder and the betrayal of a foreign heiress. Read more » 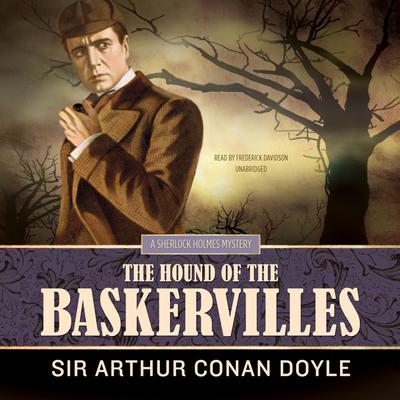 The Hound of the Baskervilles
Arthur Conan Doyle

The Hound of the Baskervilles

Dr. Mortimer looked strangely at us for an instant and his voice sank almost to a whisper as he answered, “Mr. Holmes, they were the footprints of a gigantic hound.”

The “luminous, ghostly, and spectral” hound of family legend has been seen roaming the moors at night. Sir Charles Baskerville has recently died, and it appears that the new baronet,... Read more » 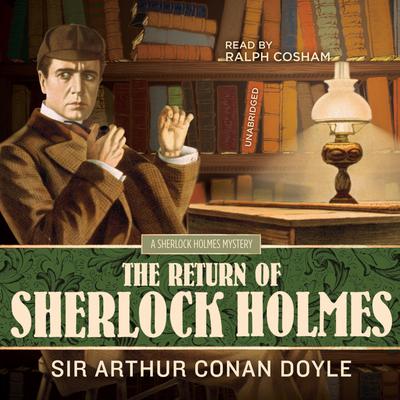 The Return of Sherlock Holmes

The one and only Sherlock Holmes is back from the dead and devoting his life once more to examining the criminal complexities of England’s capital city.

Sir Arthur Conan Doyle wrote of many dreadful murders, but the one which astonished and distressed readers the most was when the author, anxious to try something new, killed off Sherlock Holmes.... Read more » 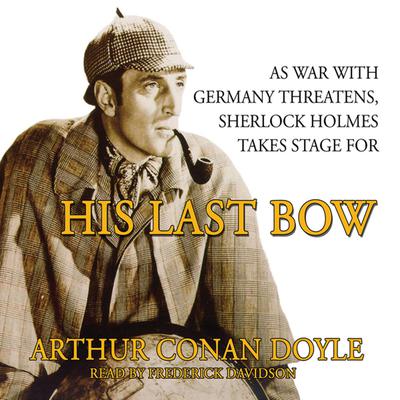 A body on the London Underground; the strange disappearance of Lady Frances Carfax; a parcel containing some coarse salt and two freshly severed human ears. This collection of eight world-famous cases from Doctor Watson’s portfolio illustrates the singular mental faculties of Sherlock Holmes. In the course of his investigations, Holmes himself... Read more » 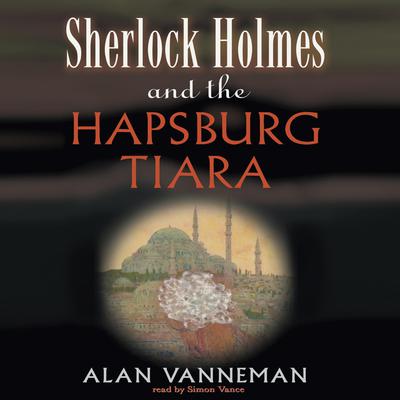 Sherlock Holmes and the Hapsburg Tiara

A late-night summons takes Holmes and Dr. Watson from the cozy Victorian comforts of Baker Street on to the Orient Express, where they travel the breadth of Europe to exotic Constantinople. But danger’s... Read more » 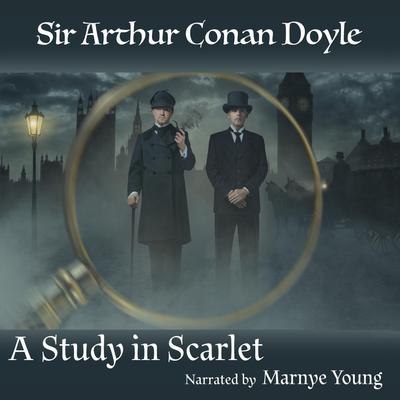 "There's a scarlet thread of murder running through the colorless skein of life, and our duty is to unravel it, and isolate it, and expose every inch of it."

From the moment Dr. John Watson takes lodgings in Baker Street with the consulting detective Sherlock Holmes, he becomes intimately acquainted with the bloody violence and frightening... Read more » 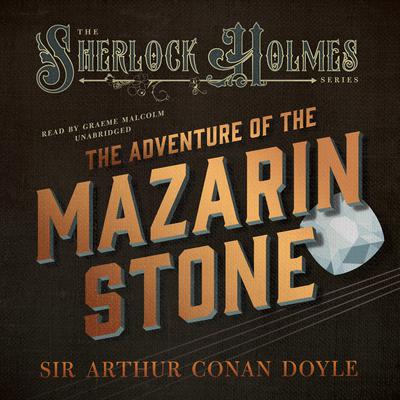 The Adventure of the Mazarin Stone
Sir Arthur Conan Doyle

The Adventure of the Mazarin Stone

Sherlock Holmes is at it again in "The Adventure of the Mazarin Stone."Dr. Watson arrives at 221B Baker Street to find his old friend and colleague keen on a case. Holmes has taken it upon himself to find the missing Crown diamond, the Mazarin stone, which has been stolen by swarthy big-game hunter Count Negretto Sylvius. When the count pays... Read more » 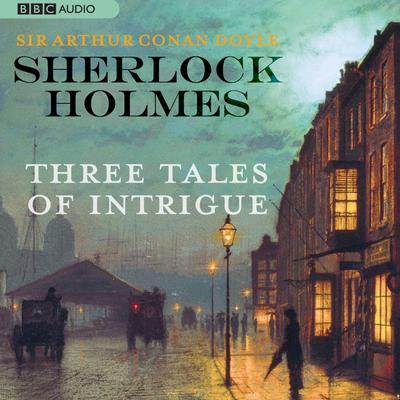 In“The Crooked Man,” a long-lost love returns, horribly changed, revealing awfultreachery that has been kept secret for decades. In “The Greek... Read more » 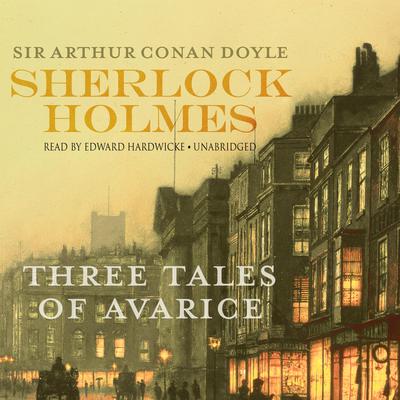 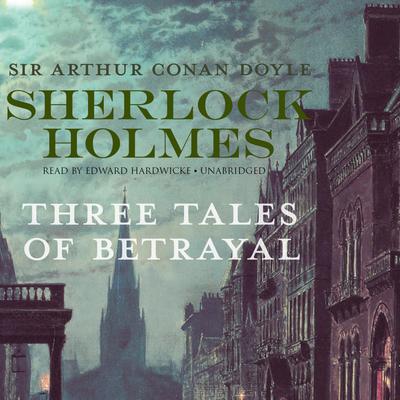 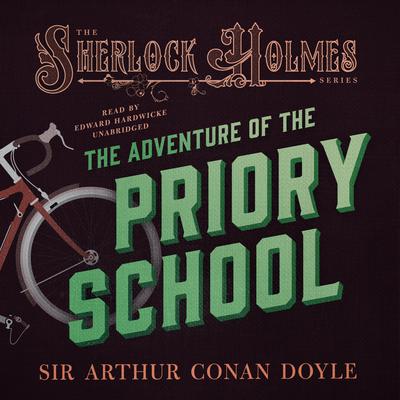 The Adventure of the Priory School
Arthur Conan Doyle

The Adventure of the Priory School

Motivated by greed and jealousy, the criminal in this classic Sherlock Holmes mystery The Adventure of the Priory School aims to kidnap a young lord—but causes a far greater tragedy. Read more » 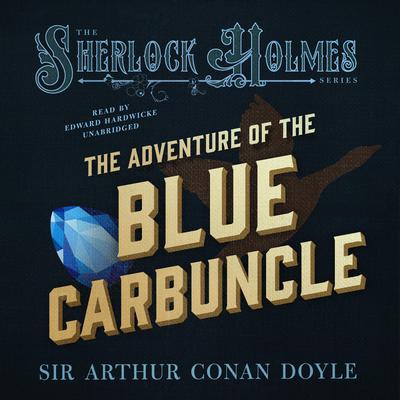 The Adventure of the Blue Carbuncle
Arthur Conan Doyle

The Adventure of the Blue Carbuncle

An unusual sequence of events in “The Adventure of the Blue Carbuncle” leads the legendary Sherlock Holmes to locate the precious jewel owned by the Countess of Morcar.

Notice to our customers about The Memoirs of Sherlock Holmes