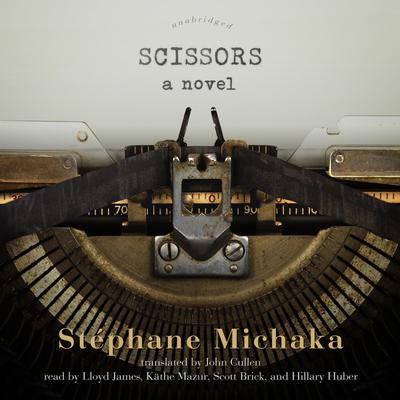 Based on the life of the great short-storywriter Raymond Carver, particularly his last ten, postalcoholic years, Scissors is that rare thing: a funny,compassionate, and convincing portrayal of the creative life—its compulsions,its rewards, its frustrations, its affinities with tragedy.

Raymond is a writerwhose life is fraught with personal and creative struggle. His first marriage,to Marianne, is intense, passionate, and unhealthy. After his divorce, he findsnew love and support with Joanne, a poet. All the while Raymond (and to someextent, each of his wives) is in an escalating conflict with his editor,Douglas, who both assists and distorts Raymond’s work. As his success andconfidence grow, Raymond strives harder and harder to ensure that his stories,the most important part of his life, are published as written. Douglas, whoconsiders the stories as much his as Raymond’s, is determined to present themin the heavily edited form he’s given them. Four of Raymond’s stories, given infull at four different points in the novel, reflect his life, hisrelationships, and the creative process itself; and then Douglas goes to workon them. Raymond’s former alcoholism and his past and present relationships alwayslurk in the background, Marianne and Joanne offer their own perspectives onboth, and in the end, after Raymond’s death, Joanne finally confronts Douglasin a way that Raymond never could.

Notice to our customers about Scissors