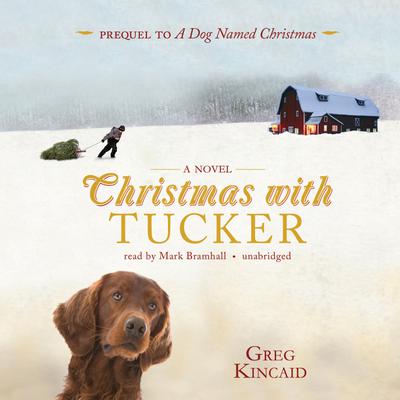 In this heartwarming novel, Greg Kincaid, the bestselling author of A Dog Named Christmas, revisits the early life of one of that book’s protagonists and brings us a holiday tale of redemption, hope and forgiveness.

It’s 1962, and as Christmas approaches so does one of the worst snow and ice storms in Kansas history. Without utilities and emergency services, it is a dangerous time for the residents of Cherokee County. For the McCray family, it is even worse. Big Bo McCray is the county road maintainer, and it is his duty to keep the roads clear—but all tasks seem more difficult to Bo and his wife Cora due to the recent death of their only son, John.

Losses begin to pile up for the family like the snow on their rural roads. John’s wife and two daughters move off the McCray family farm and return to Minnesota, leaving the youngest member of the family, twelve-year-old George, behind with his grandparents. Young George has been hit hard by his father’s death and hangs on to the farm, the only thing left to connect him to his father. As George retreats into his grief, Bo and Cora’s focus shifts to their struggling grandson. Then, when an alcoholic neighbor does a stint in the county jail, someone must care for his dog, Tucker, an Irish Setter. Tucker comes to the McCrays with his own pain yet learns to trust George as boy and dog form a bond that helps George begin to deal with his grief and helps him take the first steps into manhood.

Notice to our customers about Christmas with Tucker