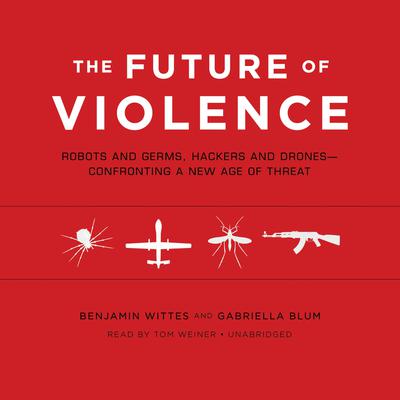 The Future of Violence

Robots and Germs, Hackers and Drones-Confronting a New Age of Threat

From drone warfare in the Middle East to digital spying by the National Security Agency, the US government has harnessed the power of cutting-edge technology to awesome effect. But what happens when ordinary people have the same tools at their fingertips? Advances in cybertechnology, biotechnology, and robotics mean that more people than ever before have access to potentially dangerous technologies-from drones to computer networks and biological agents-that could be used to attack states and private citizens alike.In The Future of Violence, law and security experts Benjamin Wittes and Gabriella Blum detail the myriad possibilities, challenges, and enormous risks present in the modern world and argue that if our national governments can no longer adequately protect us from harm, they will lose their legitimacy. Consequently, governments, companies, and citizens must rethink their security efforts to protect lives and liberty. In this brave new world where many little brothers are as menacing as any Big Brother, safeguarding our liberty and privacy may require strong domestic and international surveillance and regulatory controls. Maintaining security in this world where anyone can attack anyone requires a global perspective, with more multinational forces and greater action to protect (and protect against) weaker states who do not yet have the capability to police their own people. Drawing on political thinkers from Thomas Hobbes to the Founders and beyond, Wittes and Blum show that, despite recent protestations to the contrary, security and liberty are mutually supportive, and we must embrace one to ensure the other.The Future of Violence is at once an introduction to our emerging world-one in which students can print guns with 3-D printers and scientists' manipulations of viruses can be recreated and unleashed by ordinary people-and an authoritative blueprint for how government must adapt in order to survive and protect us.

Notice to our customers about The Future of Violence