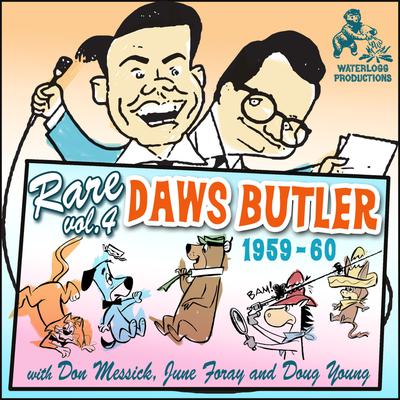 The 1959-60 television season was the height of success for the animated cartoon creative team of Messrs. Hanna-Barbera and one Daws Butler. Huckleberry Hound, Yogi Bear, Mr. Jinks, Quick Draw McGraw, and Baba Looey were household names with young and old alike. Huckleberry Hound fan clubs sprouted around the country.

In this fourth volume of rarities, Butler protege Joe Bevilacqua has once again uncovered recordings of the legendary voice genius that were thought lost and remastered them for this collection. Among the audio treasures, Daws Butler's son Chas plays straight man to Yogi Bear and Mr. Jinks in several original comedy sketches, which Butler wrote and which eventually led to his Uncle Dunkle and Donnie fractured fables.