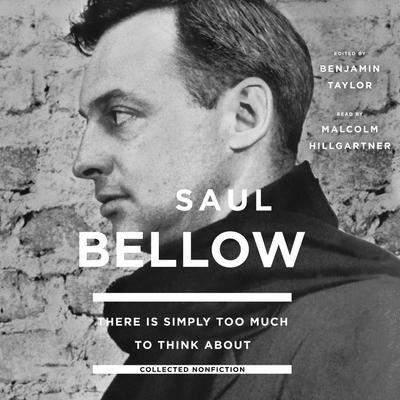 There Is Simply Too Much to Think About

A sweeping collection and a tribute to one of the most influential, daring, and visionary minds of the twentieth centuryThe year 2015 marks several literary milestones: the centennial of Saul Bellow's birth, the tenth anniversary of his death, and the publication of Zachary Leader's much anticipated biography. Bellow-a Nobel laureate, Pulitzer Prize winner, and the only novelist to receive three National Book Awards-has long been regarded as one of America's most cherished authors. Here, Benjamin Taylor, editor of the acclaimed Saul Bellow: Letters, presents lesser-known aspects of the iconic writer.Arranged chronologically, this literary time capsule displays the full extent of Bellow's nonfiction, including criticism, interviews, speeches, and other reflections, tracing his career from his initial success as a novelist until the end of his life. Bringing together six classic pieces with an abundance of previously uncollected material, There Is Simply Too Much to Think About is a powerful reminder not only of Bellow's genius but also of his enduring place in the Western canon, and it is sure to be widely reviewed and talked about for years to come.