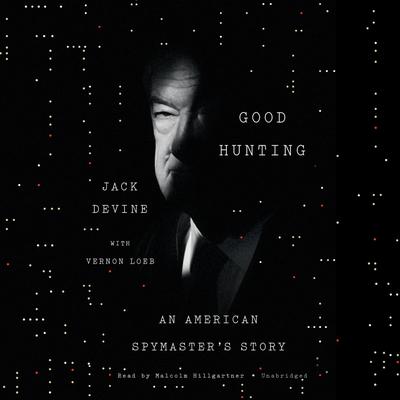 A master class in spycraft from one of its greatestpractitioners

Jack Devine ran Charlie Wilson’s War in Afghanistan. It wasthe largest covert action of the Cold War, and it was Devine who put thebrand-new Stinger missile into the hands of the mujahideen during their warwith the Soviets, paving the way to a decisive victory against the Russians. Healso pushed the CIA’s effort to run down the narcotics trafficker Pablo Escobarin Colombia. He tried to warn the director of central intelligence, GeorgeTenet, that there was a bullet coming from Iraq with his name on it. He was inChile when Allende fell, and he had too much to do with Iran-Contra for his owntaste, though he tried to stop it. He also tangled with Rick Ames, the KGB spyinside the CIA, and hunted Robert Hanssen, the mole in the FBI.

Good Hunting: AnAmerican Spymaster’s Story is the spellbinding memoir of Devine’s time inthe CIA, where he served for more than thirty years,rising to become the acting deputy director of operations, responsible for allof the agency’s spying operations. This is a story of intrigue and high-stakesmaneuvering—all the more gripping when the fate of our geopolitical orderhangs in the balance. But this book also sounds a warning to our nation’sdecision makers: covert operations, not costly and devastating full-scaleinterventions, are the best safeguard of America’s interests worldwide.

Part memoir, part historical redress, Good Hunting debunks some of the myths surrounding the agency andcautions against its misuses. Beneath the exotic allure—living abroad, running operations in seven countries, servingsuccessive presidents from Nixon to Clinton—this is a realist’s gimlet-eyedaccount of the CIA. As Devine sees it, the agency is now trapped within alarger bureaucracy, losing swaths of turf to the military, and most ominous ofall, becoming overly weighted toward paramilitary operations after a decadeof war. Its capacity to do what it does best—spying and covert action—has beenseriously degraded.

Good Hunting shedslight on some of the CIA’s deepest secrets and spans an illustrious tenure—never before has an acting deputy director of operations come forth with suchan account. With the historical acumen of Steve Coll’s Ghost Wars and gripping scenarios that evoke the novels of John leCarré even as they hew to the facts on the ground, Devine offers amaster class in spycraft.

Notice to our customers about Good Hunting