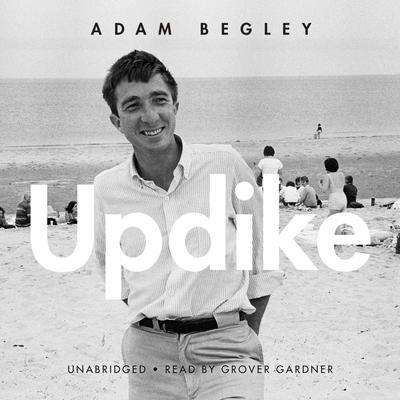 In this magisterial biography, Adam Begleyoffers an illuminating portrait of John Updike, the acclaimed novelist, poet,short-story writer, and critic who saw himself as a literary spy in small-townand suburban America, who dedicated himself to the task of transcribing“middleness with all its grits, bumps, and anonymities.”

Updike explores the stages ofthe writer’s pilgrim’s progress: his beloved home turf of Berks County,Pennsylvania; his escape to Harvard; his brief, busy working life as the goldenboy at the New Yorker;his family years in suburban Ipswich, Massachusetts; his extensive travelabroad; and his retreat to another Massachusetts town, Beverly Farms, where heremained until his death in 2009. Drawing from in-depth research as well asinterviews with the writer’s colleagues, friends, and family, Begley exploreshow Updike’s fiction was shaped by his tumultuous personal life—including hisenduring religious faith, his two marriages, and his firsthand experience ofthe “adulterous society” he was credited with exposing in the bestselling Couples.

Witha sharp critical sensibility that lends depth and originality to his analysis,Begley probes Updike’s best-loved works—from Pigeon Feathers to TheWitches of Eastwick to the Rabbit tetralogy—and reveals a surprising anddeeply complex character fraught with contradictions: a kind man with a viciouswit, a gregarious charmer who was ruthlessly competitive, a private personcompelled to spill his secrets on the printed page. Updike offers anadmiring yet balanced look at this national treasure, a master whose writingcontinues to resonate like no one else’s.

Notice to our customers about Updike