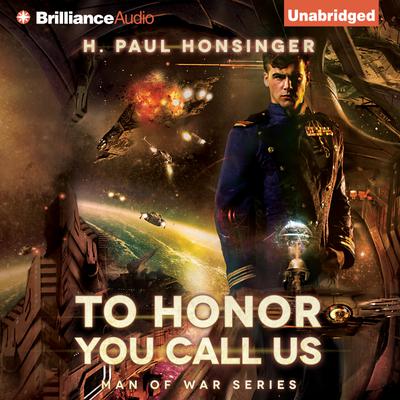 To Honor You Call Us

Ruthless aliens intent on exterminating humankind. In 2315, the wily Max Robichaux is given command of the USS Cumberland, a destroyer with state-of-the-art capabilities but a combat record so bad, she’s known as the “Cumberland Gap.”

Capt. Robichaux’s first mission: to take his warship to the Free Corridor, where the Krag have secretly been buying strategic materials, and to seize or destroy any ships carrying enemy cargo. Far from the fleet and under enforced radio silence, Max relies only on his determination and guile…and the support and friendship of his chief medical officer, the brilliant Dr. Sahin.

Because even as he deals with the ship’s onboard problems and the stress of carrying out her risky assignment, Max and the doctor discover that the Cumberland and her misfit crew are all that stands in the way of a deadly Krag attack that threatens to end the war—and humanity—once and for all.

A far-future story in the tradition of “ships of wood, men of iron” novels, To Honor You Call Us and the Man of War series combine the adventure of exploration, the excitement of war, and the dangers of the unknown through the eyes of a ship and her crew.

To Honor You Call Us
H. Paul Honsinger

To Honor You Call Us

Ruthless aliens intent on exterminating humankind. In 2315, the wily Max Robichaux is given command of the USS Cumberland, a destroyer with state-of-the-art capabilities but a combat record so bad, she’s known as the “Cumberland Gap.” 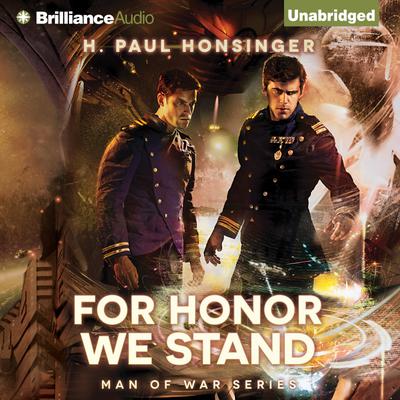 For Honor We Stand

In 2315, the Earth Union is losing a thirty-year-long war with the Krag Hegemony.

Having encountered the Krag before, Space Commander Max Robicheaux now faces daunting challenges aboard the USS Cumberland: the dangers from the enemy without… and clashes with crew and superiors within. 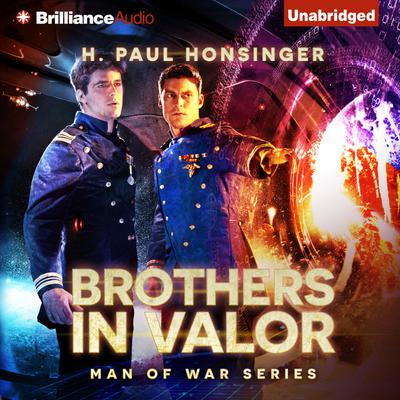 Sometimes Captain Max Robichaux fights by the book—and sometimes he throws the book away. This makes him one of the Union Space Navy’s rising stars. It’s also what has kept him and his green crew alive…thus far.

When Max and his ship—the twenty-fourth-century space destroyer USS Cumberland—are boxed in by eight enemy battleships, the odds are... Read more »