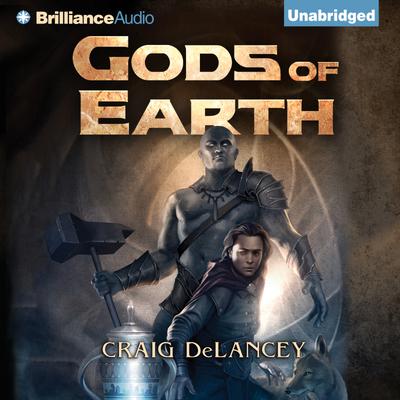 Thousands of years after a war against the gods drove humanity nearly extinct, something divine stirs. It awakens the Guardian, an ancient being pledged to destroy the gods—a task it believes long-accomplished. Through deep caverns, he makes his way to the desolate surface of Earth and stalks toward the last human settlements, seeking the source of this strange power.

Far away, the orphan Chance Kyrien is turning seventeen and will be confirmed as a Puriman. Ambitious, rebellious, but fiercely devout, Chance dreams only of being a farmer and winemaker…and marrying the girl he loves, the Ranger Sarah Michaels.

But violence and destruction turns Chance and Sarah’s peaceful world upside down. Aided by his loyal friends and the Guardian, the young man must travel through time and space to battle the last remaining god. For the destinies of Chance and this final deity are fatally intertwined, and only one of them can survive.