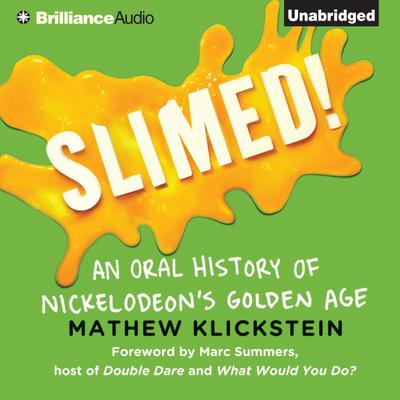 An Entertainment Weekly Best Tell-All of 2013!

One of Parade Magazine's Best Books About Movies/TV of 2013!

Slimed! is the first oral history to chronicle the surprisingly complex, wonderfully nostalgic, and impressively compelling story of Nickelodeon, the first kids’ network. Beginning as a DIY start-up in the late seventies, the network forged ahead through the early eighties with a tiny band of young artists and filmmakers, transforming itself into a cultural force in the late eighties and nineties that would change everything about cable television, television in general, animation, and children’s entertainment. Compiled from hundreds of original interviews with writers, actors, producers, artists, and other Nick alumni, this is the incredible story of Nickelodeon straight from those who made it happen. Whether you’ve always wondered if Sam ever fell out of Clarissa’s window, what the real story was behind Ren & Stimpy, how an entire network was built on kids-first entertainment, or you just want to relive some of your favorite television memories, it’s time to get Slimed!