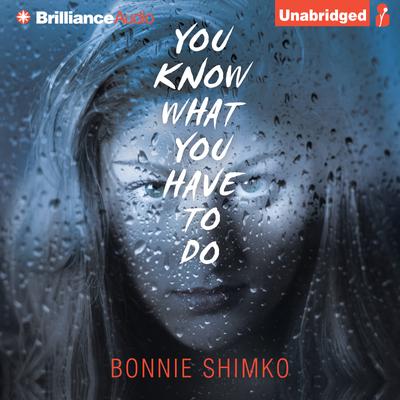 You Know What You Have to Do

You do not kill a man in cold blood and then talk your way out of it.

Other than her real name—Mary-Magdalene Feigenbaum—fifteen-year-old Maggie’s problems seem ordinary. She has tiffs with her too-critical mother, a crush on her cute psychologist, and worries that her only friend—fellow outcast Abigail—is morphing into a popular girl, leaving her behind.

But Maggie has a few not-so-ordinary problems. A voice in her head is telling her to kill. And not just anyone. Each time the target is a person who has done something terrible to someone Maggie cares for. You know what you have to do, the voice commands. Maggie struggles to resist, but the voice is relentless. And as its demands escalate, her world begins to crumble.

With rising suspense, this story of psychological horror introduces a narrator whose own unique voice and irreverent humor are unforgettable—an unlikely hero fighting a desperate battle against incomprehensible evil.