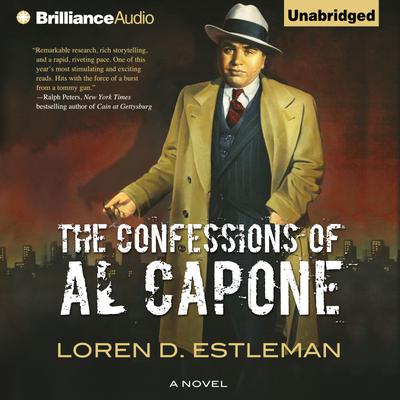 The Confessions of Al Capone

In 1944 Al Capone, the most notorious Mob boss in history, has already been released from prison. Though Capone is no longer the enormously powerful force who dominated Chicago’s underworld for years, he is still a thorn in the side of J. Edgar Hoover. The FBI chief knows that if he can somehow manage to get Capone to reveal details of crimes he and his Outfit committed, the Bureau has a good chance of nailing key members who now are active in the wartime black market.

FBI agent Peter Vasco is perfect for the job. He has an in—his father once drove a truck for the Outfit—and his pre-FBI education gives him even better cover. His orders: pose as the priest he wanted to be before he dropped out of seminary, get close to Capone, and get Hoover the information he demands.

Capone’s in Florida, suffering from advanced syphilis, and happy to add a priest to his inner circle. As Vasco and the mobster bond over card games, lunches, and even a trip to Wisconsin, Capone, sometimes lucid and sharp, other times rambling and vague, recounts stories of his criminal career. From his days as a bouncer in Brooklyn to the St. Valentine’s Day Massacre, Capone spills secrets that reveal in vivid detail the life of this monster who became the most iconic figure in twentieth-century crime.

Vasco is alternately fascinated and repelled by the things Capone reveals. Al Capone would stop at nothing to take what he wanted, but also fed the poor of Chicago; he rose to the top of Chicago on a tide of bootleg beer and booze, but took the time to ensure that innocent victims of Mob violence got proper medical care.

This is Al Capone as he’s never been seen before, a ruthless crime lord who trafficked in death and corruption…as well as a man of refined tastes who loved his family. A man whose life is waning, and perhaps, a man who is seeking absolution.