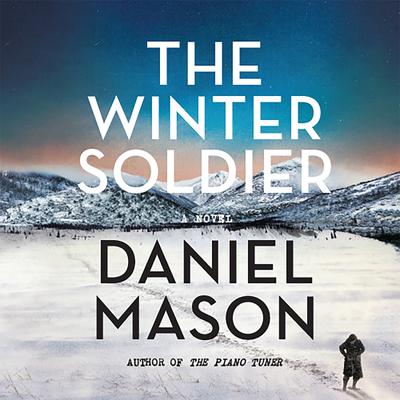 “The depth and complexity of Daniel Mason’s new three-dimensional tapestry of war and its consequences make for a remarkable read. There are the basic wartime themes of love, horror, and loss—of limbs and lives, of innocence and empire. A whole world just vanishes in bombs, guns, and smoke, and the reader is left clutching at hints, but the richness of the story makes it uplifting rather than melancholy. Everything is below the surface; you sink down, discover something new at every turn, and come away refreshed. How does that happen with a war story? Don’t ask—just read.”

The epic story of war and medicine from the award-winning author of The Piano Tuner is "a dream of a novel...part mystery, part war story, part romance" (Anthony Doerr, author of All the Light We Cannot See).

Vienna, 1914. Lucius is a twenty-two-year-old medical student when World War I explodes across Europe. Enraptured by romantic tales of battlefield surgery, he enlists, expecting a position at a well-organized field hospital. But when he arrives, at a commandeered church tucked away high in a remote valley of the Carpathian Mountains, he finds a freezing outpost ravaged by typhus. The other doctors have fled, and only a single, mysterious nurse named Sister Margarete remains.

But Lucius has never lifted a surgeon's scalpel. And as the war rages across the winter landscape, he finds himself falling in love with the woman from whom he must learn a brutal, makeshift medicine. Then one day, an unconscious soldier is brought in from the snow, his uniform stuffed with strange drawings. He seems beyond rescue, until Lucius makes a fateful decision that will change the lives of doctor, patient, and nurse forever.

From the gilded ballrooms of Imperial Vienna to the frozen forests of the Eastern Front; from hardscrabble operating rooms to battlefields thundering with Cossack cavalry, The Winter Soldier is the story of war and medicine, of family, of finding love in the sweeping tides of history, and finally, of the mistakes we make, and the precious opportunities to atone.