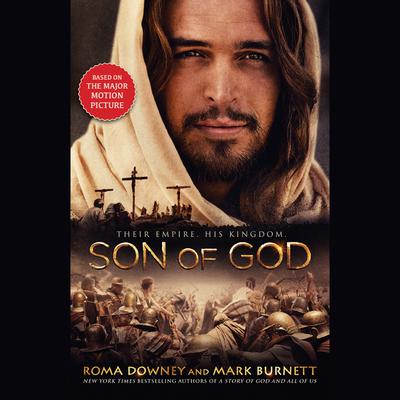 The book Son of God is a tie-in with the major motion picture of the same title, slated for wide theatrical release (through 20th-Century Fox) on February 28, 2014. Like the movie, the book possesses an epic scope, providing a panoramic picture of first-century Judea as it recounts the events and reveals the meaning of Jesus's life, death, and resurrection.

Though based on New Testament accounts, including the four Gospels as well as the book of Acts, Son of God reads like a contemporary novel, delving deeply into the character of Jesus and the personalities and motives all of those who surround him, both his followers and his enemies. Even minor Gospel characters (Mary Magdelene, the servant Malchus, the Jewish elder Nicodemus) come vividly to life in the book, and its portrayal of the political machinations behind Jesus's trial and death-the contest for power between the Roman governor Pontius Pilate and the high priest Caiaphas-is especially engaging.

Beyond depicting the historical milieu in which Jesus lived, Son of God deftly explains the customs and culture of the Jewish people and the Roman officials and soldiers who oppress them, enhancing readers' understanding of the biblical record. In its final part, the book extends the Christian story past Jesus's resurrection to show how Jesus's followers, impassioned by their faith, began spreading his message of salvation throughout the wider world. Grittily realistic, Son of God pulls no punches in conveying the harsh realities of Jesus's era. But it is also inspirational, showing how Jesus transformed the lives of the humble and the powerful alike-and conveying Jesus's message of comfort and hope to present-day readers.