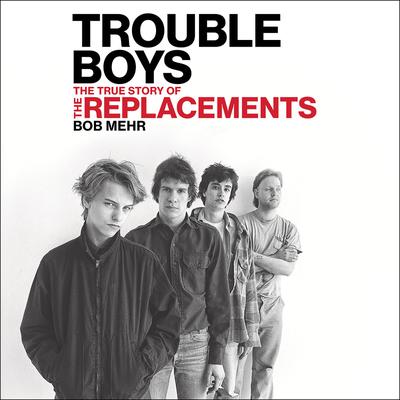 The True Story of the Replacements

Based on all-new interviews and including 72 rare photos, Trouble Boys: The True Story of the Replacements is the definitive boigraphy of one of the last great rock 'n' roll bands of the twentieth century. Written with the participation of the group's key members, including reclusive singer-songwriter Paul Westerberg, bassist Tommy Stinson, and the family of late guitarist Bob Stinson, Trouble Boys is a deeply intimate and nuanced portrait, exposing the primal factors and forces--addiction, abuse, fear--that would shape one of the most brilliant and notoriously self-destructive bands of all time.

Based on a decade of research and reporting, hundreds of interviews (with family, friends, managers, producers, and musical colleagues), as well as full access to the Replacements' archives at Twin/Tone and Warner Bros. Records, author Bob Mehr has fashioned something far more compelling than a conventional band bio.

A roaring rock 'n' roll adventure, a heartrending family drama, and a cautionary showbiz tale, Trouble Boys is a penetrating work of biography and a major addition to the rock book canon.