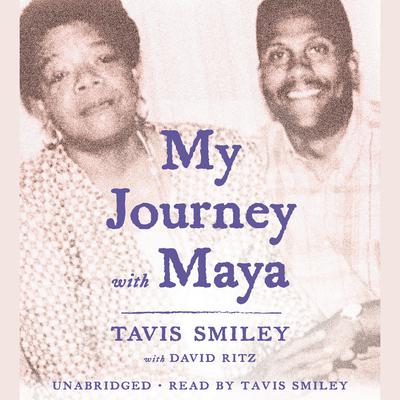 My Journey with Maya

Tavis Smiley recounts the story of his friendship with Maya Angelou

Tavis Smiley and Maya Angelou met in 1986, when he was twenty-one and she was fifty-eight. For the next twenty-eight years, Angelou was a teacher and a maternal figure to Smiley, and they talked often of art, politics, history, music, religion, and race. In My Journey with Maya, Smiley beautifully recounts a friendship filled with conversation that began when he, a recent college graduate and a poor kid from a big family in the Midwest, accompanied the revered writer on a sojourn to Ghana.

Smiley stumbled into a relationship with her that shaped his future and affected the man he became. Like a mother to him, she was generous, challenging, and inspirational--as she was to so many. Here he shares his portrait of Angelou--a highly complex individual who left an indelible imprint on American culture.