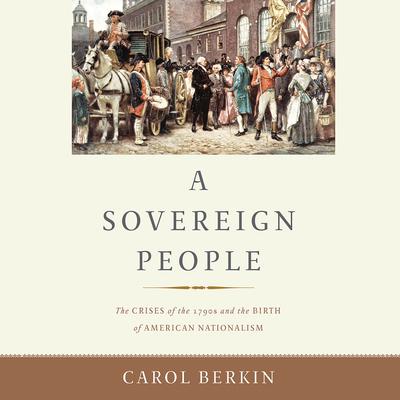 The Crises of the 1790s and the Birth of American Nationalism

The momentous story of how George Washington, Alexander Hamilton, and John Adams navigated the crises of the 1790s and in the process bound the states into a unified nation

Today the United States is the dominant power in world affairs, and that status seems assured. Yet in the decade following the ratification of the Constitution, the republic's existence was contingent and fragile, challenged by domestic rebellions, foreign interference, and the always-present danger of collapse into mob rule.

Carol Berkin reveals that the nation survived almost entirely due to the actions of the Federalist leadership -- George Washington, Alexander Hamilton, and John Adams. Reacting to successive crises, they extended the power of the federal government and fended off foreign attempts to subvert American sovereignty. As Berkin argues, the result was a spike in nationalism, as ordinary citizens began to identify with their nation first, their home states second.

While the Revolution freed the states and the Constitution linked them as never before, this landmark work shows that it was the Federalists who transformed the states into an enduring nation.