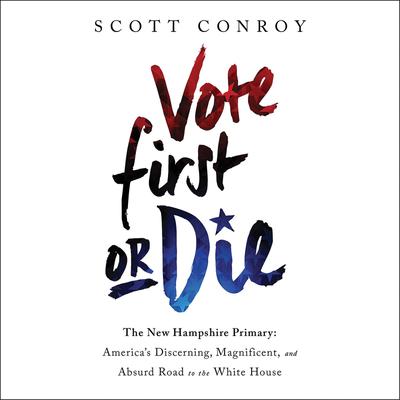 New Hampshire-a small state with a small, distinct population-is nevertheless the beacon of American democracy. Since 1920, its residents have been the first in the nation to cast their votes in the presidential primaries. History has shown that if you want to be commander in chief, you have to win, or at least place a strong second, in New Hampshire. Donald Trump bolstered the trend with his victory in 2016.

For that reason, the state is also the graveyard of political ambitions: incumbent presidents Harry Truman, Lyndon Johnson, Gerald Ford, and George H. W. Bush were all wounded by strong primary challengers in New Hampshire--and well-known, well-funded candidates see the White House disappear when they can't figure out how to win it.

For a year and a half leading up to Primary Day, Scott Conroy followed the often absurd 2016 campaign up and down New Hampshire. Along the way, he got up close and personal with the candidates themselves, while absorbing local insights and entertaining anecdotes from the peppery state officials and wily operatives who have determined national political fates for generations. From far-flung towns like Dixville Notch and Berlin to "big cities" like Manchester and Portsmouth, in Vote First or Die, Conroy reveals the inner workings of American politics through the unforgettable characters who populate the exceedingly influential state of New Hampshire.