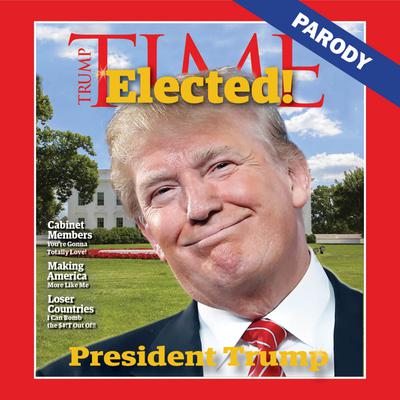 Well, now you've gone and done it America. You've elected Donald K. Trump President and the U.S. will never again be the same! The problem for all of us is that he's got plans, lots of them--the list reads like a bad acid trip: Nominating Bernie Madoff for Secretary of the Treasury; "Trumpifying" the Constitution; making personal real estate deals with Vladimir Putin; staging a hostile takeover of one of America's great news magazines - to name just a few. In this "inaugural" (and wholly fictitious) issue of Trump TIME Magazine, President-Elect Trump promises to re-make America in his own image - and it ain't pretty. Don't like it? Move to Canada, losers!