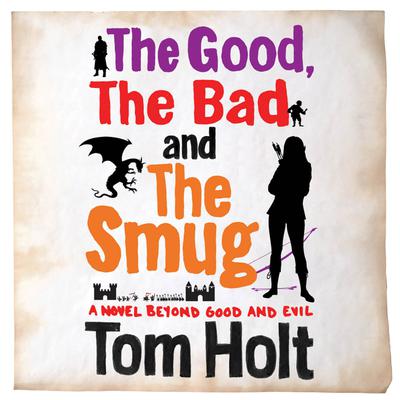 The Good, The Bad and The Smug

A new novel from a master of comic fantasy, Tom Holt.

Same as the Old Evil, but with better PR.

Mordak isn't bad, as far as goblin kings go, but when someone, or something, starts pumping gold into the human kingdoms it puts his rule into serious jeopardy. Suddenly he's locked in an arms race with a species whose arms he once considered merely part of a calorie-controlled diet.

Helped by an elf with a background in journalism and a masters degree in being really pleased with herself, Mordak sets out to discover what on earth (if indeed, that's where he is) is going on. He knows that the truth is out there. If only he could remember where he put it.