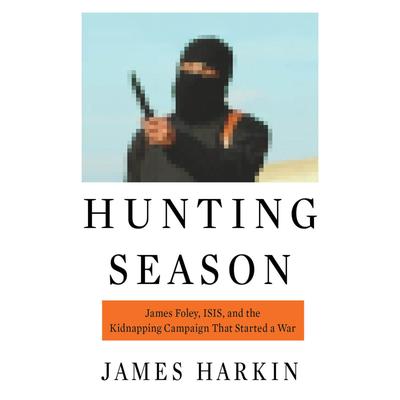 James Foley, the Islamic State, and the Real Story of the Kidnapping Campaign that Started a War

On August 19, 2014, a member of the jihadist rebel group known as ISIS uploaded a video to YouTube. Entitled "Message to America," the clip depicted the final moments of the life of kidnapped American journalist James Foley-and the gruesome aftermath of his beheading at the hands of a masked executioner. Foley's murder-and the other choreographed killings that would follow-captured the world's attention, and the Islamic State's campaign of kidnapping exploded into regional war.

Based on three years of on-the-ground reporting from every side of the Syrian conflict, Hunting Season is James Harkin's quest to uncover the truth about how and why the Islamic State came to target Western hostages, who was behind it, why almost no one outside a small group of people knew anything about it until it was too late. He reveals how the campaign of kidnapping and the development of the Islamic State were joined at the hip from the beginning. The book is an utterly absorbing account of the world's newest and most powerful terror franchise and what it means for modern war.