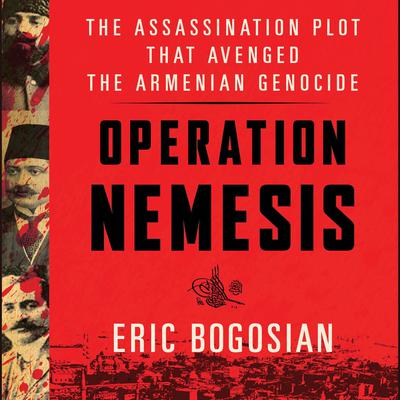 The Assassination Plot that Avenged the Armenian Genocide

In 1921, a small group of self-appointed patriots set out to avenge the deaths of almost one million victims of the Armenian Genocide. They named their operation Nemesis after the Greek goddess of retribution. Over several years, the men tracked down and assassinated former Turkish leaders. The story of this secret operation has never been fully told until now.

Eric Bogosian goes beyond simply telling the story of this cadre of Armenian assassins to set the killings in context by providing a summation of the Ottoman and Armenian history as well as the history of the genocide itself. Casting fresh light on one of the great crimes of the twentieth century and one of history's most remarkable acts of political retribution, and drawing upon years of new research across multiple continents, NEMESIS is both a riveting read and a profound examination of evil, revenge, and the costs of violence.