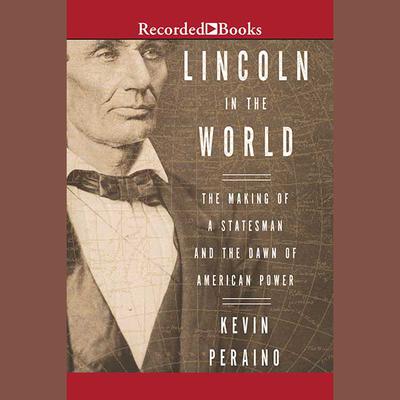 Lincoln in the World

The Making of A Statesman and the Dawn of American Power

A captivating look at how Abraham Lincoln evolved into one of our seminal foreign-policy presidents-- and helped point the way to America' s rise to world power. This is the story of one of the most breathtaking feats in the annals of American foreign policy-- performed by one of the most unlikely figures. Abraham Lincoln is not often remembered as a great foreign-policy president. He had never traveled overseas and spoke no foreign languages. And yet, during the Civil War, Lincoln and his team skillfully managed to stare down the Continent' s great powers-- deftly avoiding European intervention on the side of the Confederacy. In the process, the United States emerged as a world power in its own right. Engaging, insightful, and highly original, Lincoln in the World is a tale set at the intersection of personal character and national power. The narrative focuses tightly on five distinct, intensely human conflicts that helped define Lincoln' s approach to foreign affairs-- from his debate, as a young congressman, with his law partner over the conduct of the Mexican War, to his deadlock with Napoleon III over the French occupation of Mexico. Bursting with colorful characters like Lincoln' s bowie-knife-wielding minister to Russia, Cassius Marcellus Clay; the cunning French empress, EugEnie; and the hapless Mexican monarch Maximilian-- Lincoln in the World draws a finely wrought portrait of a president and his team at the dawn of American power. In the Age of Lincoln, we see shadows of our own world. The international arena in the 1860s could be a merciless moral vacuum. Lincoln' s times demanded the cold, realistic pursuit of national interest, and, in important ways, resembled our own increasingly multipolar world. And yet, like ours, Lincoln' s era was also an information age, a period of rapid globalization. Steamships, telegraph wires, and proliferating new media were transforming the world. Global influence required the use of " soft power" as well as hard. Anchored by meticulous research into overlooked archives, Lincoln in the World reveals the sixteenth president to be one of America' s indispensable diplomats-- and a key architect of America' s emergence as a global superpower. Much has been written about how Lincoln saved the Union, but Lincoln in the World highlights the lesser-known-- yet equally vital-- role he played on the world stage during those tumultuous years of war and division.