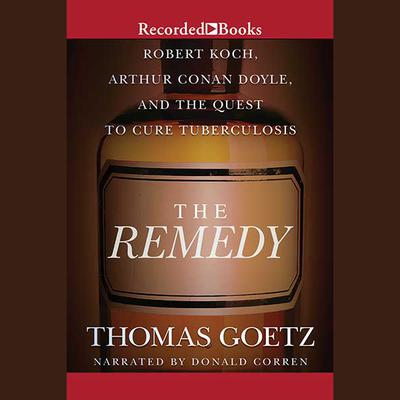 The riveting history of tuberculosis, the world' s most lethal disease, the two men whose lives it tragically intertwined, and the birth of medical science. In 1875, tuberculosis was the deadliest disease in the world, accountable for a third of all deaths. A diagnosis of TB-- often called consumption-- was a death sentence. Then, in triumph of medical science, a German doctor named Robert Koch deployed an unprecedented scientific rigor to discover the bacteria that caused TB. Koch soon embarked on a remedy-- a remedy that would be his undoing. When Koch announced his cure for consumption, Arthur Conan Doyle, then a small-town doctor in England and sometime writer, went to Berlin to cover the event. Touring the ward of reportedly cured patients, he was horrified. Koch' s " remedy" was either sloppy science or outright fraud. But to a world desperate for relief, Koch' s remedy wasn' t so easily dismissed. As Europe' s consumptives descended upon Berlin, Koch urgently tried to prove his case. Conan Doyle, meanwhile, returned to England determined to abandon medicine in favor of writing. In particular, he turned to a character inspired by the very scientific methods that Koch had formulated: Sherlock Holmes. Capturing the moment when mystery and magic began to yield to science, The Remedy chronicles the stunning story of how the germ theory of disease became a true fact, how two men of ambition were emboldened to reach for something more, and how scientific discoveries evolve into social truths.