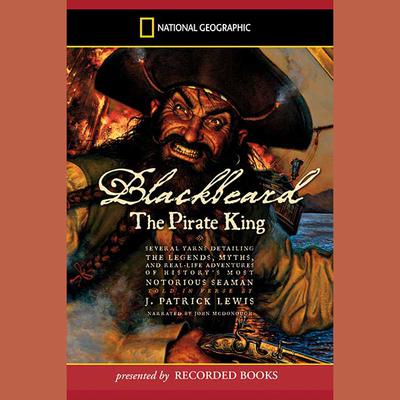 Cutlass held high above his head, tangled beard shining black as the deepest night, the Pirate King struck fear into the heart of any sailor fool enough to venture out onto the high seas. This daring buccaneer may have been born with the name Edward Teach, but the swashbuckling terror would forever be known as Blackbeard. "Tall as a waterfall" and "strong as a rum-soaked cask," Blackbeard lives on in countless tales of seafaring exploits. Blackbeard the Pirate King shines light on man and myth alike with rhyming verse that captures his very essence. Included in the collection are stories of Blackbeard's youth through his demonic reign as Pirate King. Award-winning author J. Patrick Lewis has written more than 45 books for children.