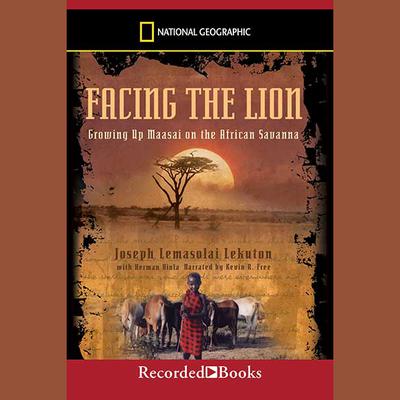 Growing Up Maasai on the African Savanna

Joseph Lemasolai Lekuton is a Maasai tribesman of Kenya. In this fascinating autobiography, he shares stories about growing up in his nomadic tribe-from licking sweat off cows' noses to survive a drought, to facing down a lion at age 14, to playing soccer for the president of Kenya. The only member of his family to receive a formal education, Joseph sometimes lived as much as 40 miles away from school. While at school, he learned about Western culture and traditions. A member of two very different communities, Joseph struggled with what he was taught and what he already knew. But eventually, he learned to balance two worlds. Hailed by Children's Literature as a "superb book for any age," Facing the Lion is a riveting tale of one man who took his destiny in his own hands and became an extraordinary citizen of the world. "An intriguing portrait of a remarkable life and a culture little known to most American readers."-Publishers Weekly "What gives this short, readable book its power is Lekuton's authoritative, intimate view of now and then."-Booklist