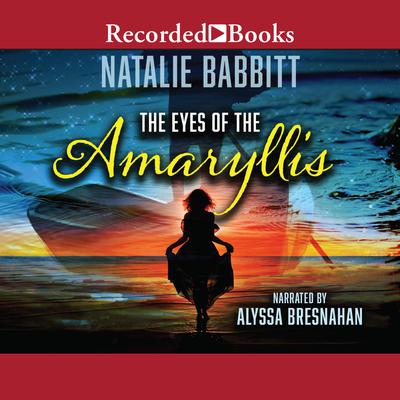 The Eyes of the Amaryllis

Many years ago, Jenny's grandfather had been captain of the brig Amaryllis, sunk at sea during a terrible storm. Gram and Jenny's father had stood on a bluff overlooking the sea, and watched in silent horror as the handsome ship was swallowed by merciless, churning waters. After that, Jenny's father couldn't get away from the sea fast enough. But Gram had stayed behind. Every night since the storm-for 30 years-Gram has combed the beach for a sign from her dead husband. Now, her ankle sprained, she needs Jenny to search for her. Every evening the two of them wander down to the shore and Jenny scans the sand for her grandmother. But there is someone else searching the beach besides Gram and Jenny, a dark figure who glides past them with little more than a nod and a muttered "good evening." Gram says his name is Seward, but she is strangely silent about him. What dangerous game has the three of them in its grasp?