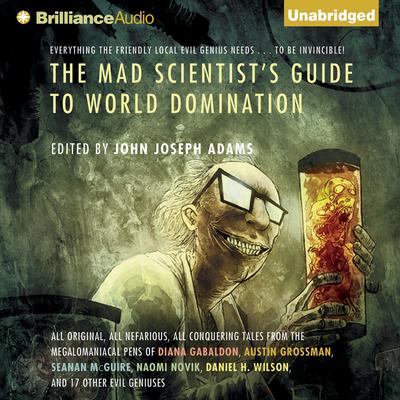 Mad scientists have never had it so tough. In super-hero comics, graphic novels, films, TV series, video games, and even works of what may be fiction, they are besieged by those who stand against them, devoid of sympathy for their irrational, megalomaniacal impulses to rule, destroy, or otherwise dominate the world as we know it. Dr. Frankenstein was the first truly mad scientist of the modern era. And what did it get him? Destroyed by his own creation. And Jules Verne’s Captain Nemo, a man ahead of his time as well as out of his head — what did he do to deserve persecution? Even Lex Luthor, by all accounts a genius, has been hindered not once, not twice, but so many times that it has taken hundreds of comic books, a few films, and no fewer than ten full seasons of a television series to keep him properly thwarted. It’s just not fair. So those of us who are so twisted and sick that we love mad scientists have created this guide. Some of the names have been changed to protect the guilty, but you’ll recognize them. It doesn’t matter, though. This guide is not for you. It’s for them: the underhanded, over-brained paranoiacs who so desperately need our help. What lies behind those unfocused, restless eyes and drooling, wicked grins? Why — and how — do they concoct their nefarious plots? Why are they so set on taking over the world? If you’ve ever asked yourself any of these questions, you’re in luck, because we are exposing their secrets, aiding and abetting their evil. It all awaits, within. Watch out, world!