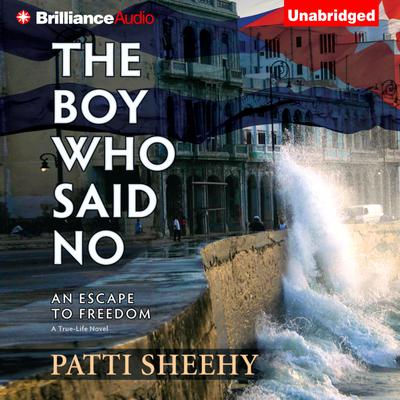 The Boy Who Said No

An Escape To Freedom

As a boy, Frank Mederos’s grandfather teaches him to fish, to navigate the seas, and to think for himself, much needed skills under the new Castro regime. When Frank is drafted into the army, he is soon promoted to the Special Forces, where he is privy to top military secrets. But young Frank has no sympathy for Fidel. He thirsts for freedom and longs to join his girlfriend who has left Cuba for America.

Frank yearns to defect, but his timing couldn’t be worse. After two unsuccessful escape attempts, he learns that the departure of the next available boat conflicts with upcoming military exercises. If Frank stays, he will miss the boat. If he doesn’t, he will be the object of a massive manhunt.

Problems abound: How will Frank escape the army base without being seen? Where will he hide until the boat comes? How can he outwit his commanding officer? And how can he elude hundreds of soldiers ordered to bring him back “dead or alive”?

Frank’s true story, a tale of love, loss, and courage, will keep you on the edge of your seat until the very end.