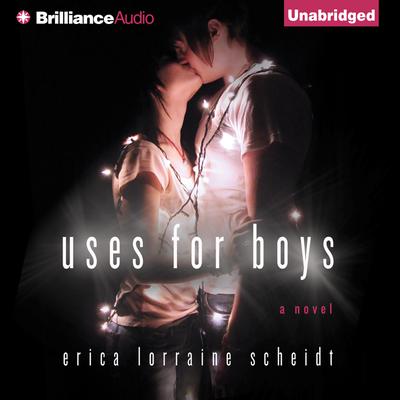 Anna remembers a time before boys, when she and her mom were a family, just the two of them against the world. But now her mom’s gone most of the time, chasing the next marriage, and Anna is left to grow up alone. Until she discovers that boys can fill the void - from Desmond to Joey to Todd. But the price is high. The other kids make fun of her; the girls call her a slut. Anna’s new friend, Toy, seems to have found a way around the loneliness, but Toy has her own secrets that even Anna can’t know. Then comes Sam. When Anna actually meets a boy who is more than just useful, whose family eats dinner together, laughs, and tells stories, the truth about love becomes clear. And she finally learns how it feels to have something to lose - and something to offer. Real, shocking, uplifting, and stunningly lyrical, Uses for Boys is a story of the lives and families we build when they’re not handed to us, of losing and finding, breaking down and growing up. “Haunting, frank, and un-put-down-able.” - Kirkus Reviews (starred review) “Like its narrator, Uses for Boys is poetic, edgy, and strong....I finished it in two sittings and sobbed at the end.” - Francesca Lia Block, New York Times bestselling author of Weetzie Bat “If somebody had handed me this book when I was fifteen, I would have felt 75 percent less alone and 100 percent less crazy.” - Pam Houston, author of Contents May Have Shifted “Some writers know how to make something terribly complicated and true...simple. With stark, lucid prose, [Scheidt] hones in on that experience we girls know well: We believe boys will fill our emptiness.” - Kerry Cohen, author of Loose Girl