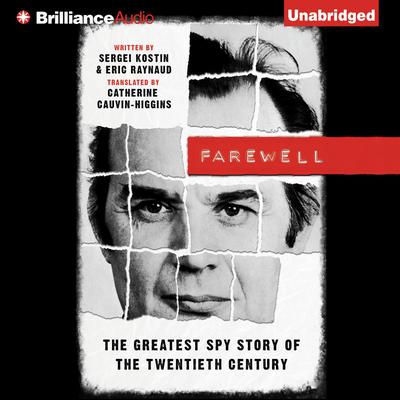 The Greatest Spy Story of the Twentieth Century

1981. Ronald Reagan and François Mitterrand are sworn in as presidents of the Unites States and France, respectively. The tension due to Mitterrand’s French Communist support, however, is immediately defused when he gives Reagan the Farewell Dossier, a file he would later call “one of the greatest spy cases of the twentieth century.”

Vladimir Ippolitovitch Vetrov, a promising technical student, joins the KGB to work as a spy. Following a couple of murky incidents, however, Vetrov is removed from the field and placed at a desk as an analyst. Soon, burdened by a troubled marriage and frustrated at a flailing career, Vetrov turns to alcohol. Desperate and needing redemption, he offers his services to the DST. Thus Agent Farewell is born. He uses his post within the KGB to steal and photocopy files of the USSR’s plans for the West—all under Brezhnev’s nose.

Probing further into Vetrov’s psychological profile than ever before, Kostin and Raynaud provide groundbreaking insight into the man whose life helped hasten the fall of the Communist Soviet Regime.