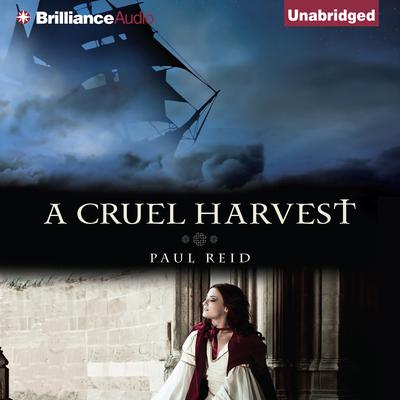 “The characters are memorable, the suspense is visceral and the swashbuckling set pieces are as compelling and well described as the quieter moments of inner conflict and moral dilemma.” —Publishers Weekly on this title’s manuscript reviewed as a part of the 2009 Amazon Breakthrough Novel Award contest.

Set in 1790, A Cruel Harvest tells the epic tale of Orlaith and Brannon, young lovers whose futures are jeopardized when Moorish pirates raid their Irish fishing village. Orlaith and her infant son manage to escape the savage attack, but Brannon is captured. Thrown into the hold of the pirates’ ship, the young farmer is spirited away to the harsh confines of North Africa. There he is sold into slavery and forced to serve in the army of the sadistic Sultan of Morocco.

Back in Ireland, a heartbroken Orlaith faces certain ruin unless she agrees to marry wealthy landowner Randall Whitely. But Whitely is a cruel man, and life with him quickly becomes a waking nightmare.

Though separated by thousands of miles, Orlaith and Brannon draw on their great love to challenge the oppression of the tyrants keeping them apart. Stretching from the windswept coast of Ireland to the sun-baked hills of Morocco, A Cruel Harvest is a thrilling novel of adventure, survival, and once-in-a-lifetime love.