In the vast dominion of Seven Cities, in the Holy Desert Raraku, the seer Sha’ik and her followers prepare for the long-prophesied uprising known as the Whirlwind. Unprecedented in size and savagery, this maelstrom of fanaticism and bloodlust will embroil the Malazan Empire in one of the bloodiest conflicts it has ever known, shaping destinies and giving birth to legends.... Set in a brilliantly realized world ravaged by dark, uncontrollable magic, this thrilling novel of war, intrigue, and betrayal confirms Steven Erikson as a storyteller of breathtaking skill, imagination, and originality — a new master of epic fantasy. “Give me the evocation of a rich, complex, and yet ultimately unknowable other world, with a compelling suggestion of intricate history and mythology and lore. Give me mystery amid the grand narrative. Give me a world in which every sea hides a crumbled Atlantis, every ruin has a tale to tell, every mattock blade is a silent legacy of struggles unknown. Give me, in other words, the fantasy work of Steven Erikson.” — Andrew Leonard, Salon 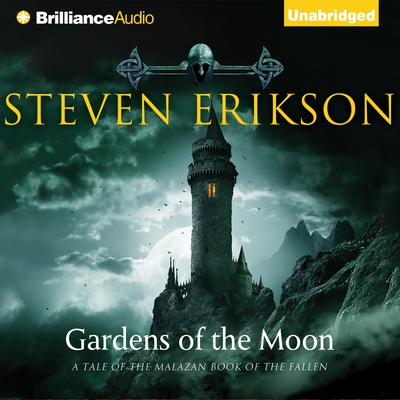 The Malazan Empire simmers with discontent, bled dry by interminable warfare, bitter infighting and bloody confrontations with the formidable Anomander Rake and his Tiste Andii, ancient... 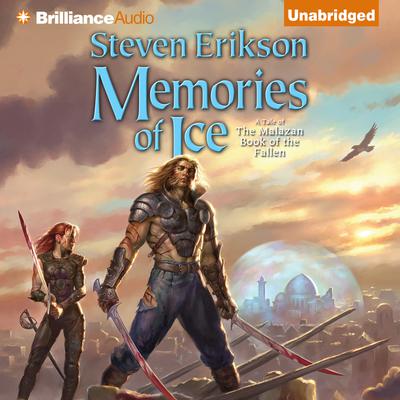 In Northern Genabackis, a raiding party of savage tribal warriors descends from the mountains into the southern flatlands. Their intention is to wreak havoc amongst the despised lowlanders, but for the one named Karsa Orlong, it marks the beginning of what will prove to be an extraordinary...

After decades of internecine warfare, the tribes of the Tiste Edur have at last united under the Warlock King of the Hiroth. There is peace, but it has been exacted at a terrible price: a...

All is not well in the Letherii Empire. Rhulad Sengar, the Emperor of a Thousand Deaths, spirals into madness, surrounded by sycophants and agents of his Machiavellian chancellor, while the Letherii secret police conduct a campaign of terror against their...

In Darujhistan, the city of blue &#64257;re, it is said that Love and Death shall arrive dancing. It is summer and the heat is oppressive, but for the small, rotund man in the faded red waistcoat, discomfiture is not just because...

The fate awaiting the Bonehunters is one no soldier can prepare for, and one no mortal soul can withstand—the foe is uncertainty and the only weapon worth...

Savaged by the K’Chain Nah’Ruk, the Bonehunters march for Kolanse, where waits an unknown fate. Tormented by questions, the army totters on the edge of mutiny, but Adjunct Tavore will not relent. One final act remains, if it is in her power, if she can hold her army together, if the shaky allegiances she has forged can survive all that is to...