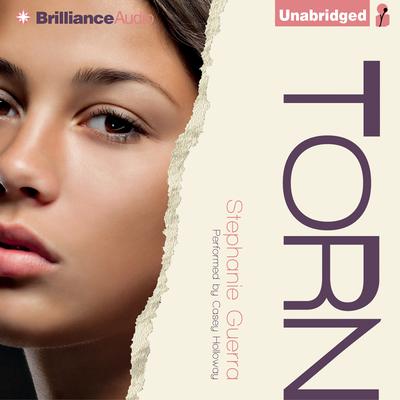 Stella Chavez is your classic good girl: straight As, clean-cut boyfriends, and soccer trophies. You’d never guess that Stella’s dad was a drug addict who had walked out when she was a kid. Or that inside, Stella wishes for something more.

New girl Ruby Caroline seems like Stella’s polar opposite: cursing, smoking, and teetering in sky-high heels. But Stella is pulled in by Ruby’s infectious confidence, brutal honesty, and die-hard loyalty. With Ruby, Stella gets a taste of another world—a world in which parents act like roommates, college men are way more interesting than high school boys, and there is nothing that shouldn’t be tried once.

It’s not long before Stella finds herself torn: between the best friend she’s ever had and the friends she’s known forever, between her family and her own independence, between who she was and who she wants to be.

But Ruby has a darker side, a side she doesn’t show anyone—not even Stella. As Stella watches her friend slowly unravel, she will have to search deep inside herself for the strength to be a true friend, even if it means committing the ultimate betrayal.