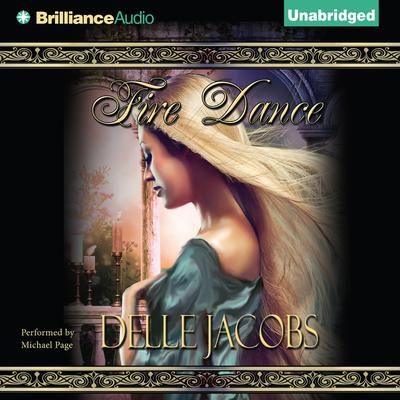 And a Norman knight determined to conquer all.

Ordered by his King to carry out a cryptic command—kill a wicked sorcerer lord, seize his castle, and take his daughter as a wife—Alain de Crency expects a fierce battle. Instead he discovers a defenseless castle, the daughter missing, and the sorcerer dead, shrouded in a magnificent purple cloak. With no knowledge of the evil lurking within it, Alain takes the cloak as his own before investigating the whereabouts of his supposed betrothed.

Upon Alain’s arrival, Melisande, the sorcerer’s daughter who begrudgingly learned her father’s sinister trade, hides in plain sight as a servant. But Alain suspects this beautiful blonde knows more than she claims, and he resolves to uncover the truth—if he can resist his burning desire for her.

Soon Melisande realizes her father’s infernal magic reaches beyond the grave—and that only Alain can save her people from the menacing evil. But with Alain’s new cloak dyed in poison, can Melisande save her people’s savior without revealing her dark secrets to the man who’s captured her heart?