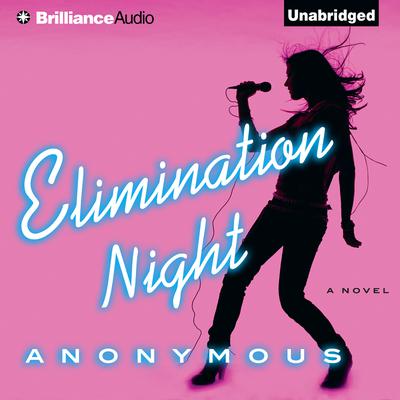 Meet Sasha King, a down-to-earth young writer who finds herself working inside a world that both repels and fascinates her: Project Icon, the once-mighty TV talent show that’s taken a hit in the ratings. In an attempt to get back on top, the show has recently hired two new celebrity judges, entrepreneur-actress-singer Bibi Vasquez and rock legend Joey Lovecraft, a priapic wild man who doesn’t even own a TV (it goes against the teachings of his guru, Tibetan high lama Yutog Gonpo).

In addition to the demands of the new judges, Sasha has the task of handling frighteningly robotic host Wayne Shoreline (who may or may not eat puppies as part of his pre-show prep), young would-be idols (including the foul-mouthed Mia Pelosi and the chaps-wearing Jimmy Nuggett), muckraking gossip columnists, and the powerful executive of a competing reality TV talent show. The combination of characters will leave readers swimming in a cocktail of pure crazy: Project Icon.

In Elimination Night, we get a peek at the deliciously outrageous machinations—the ego clashes, meltdowns, and cover-ups—that take place behind the scenes of the talent shows we've become addicted to. The details of their inner workings are so accurate that the book had to be written anonymously.