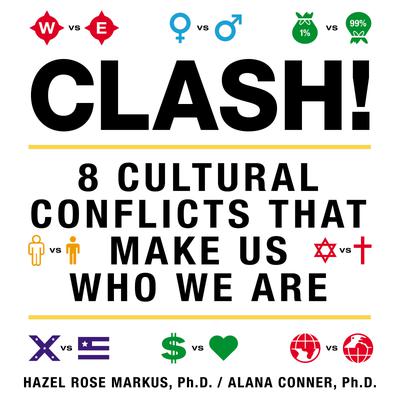 8 Cultural Conflicts That Make Us Who We Are

As the world gets smaller, hotter, and flatter, people from different cultures are colliding like never before: 1) East Asian students now dominate Western schools and workplaces, yet crash into the so-called "bamboo ceiling" before reaching the top. 2) Women are getting stuck as they rocket up the corporate ladder, while men are falling off the ladder altogether. 3) The have-nots still struggle in the classrooms of the haves, widening the gap between rich and poor. 4) Many Blacks, Latinos, and other people of color know that discrimination keeps them down, while many Whites sincerely believe that race no longer matters. 5) The politics of conservative Protestants frighten Americans of other religions, while the politics of more mainstream traditions infuriate the conservatives. 6) Midwesterners and Southerners get depressed when they relocate to the Coasts, and vice versa. 7) Despite the need for more collaboration, partnerships between governments, businesses, and nonprofits too often fail. 8) Governments in the Global North and Global South still can't agree about what counts as "fair," "honest," and "efficient." Although each of these eight conflicts seems unique, we reveal that many stem from the same root cause: the tension between people using the independent, separate, and in-control side of their selves, versus people using the interdependent, connected, and adjusting side. We also show how people can nudge their cultures to call forth their best selves. By knowing when and how to use our different selves, we may not just survive, but thrive in the 21st century.