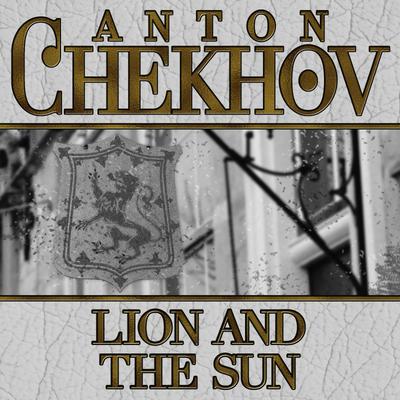 Lion and the Sun

When Stepan Ivanovitch Kutsyn, the mayor of a town, learns that a Persian magnate is visiting, he instantly becomes intrigued. The mayor had already received various medals and badges, such as the badge of the Red Cross and the badge of the Society of Saving from Drowning. He also had made an impressive looking badge for himself to add to his jacket. The presence of the Persian magnate, Rahat-Helam, created the possibility that the mayor could receive the order of the Lion and the Sun, without having to perform any of the services generally required to receive such an honor. The mayor visits Rahat-Helam at his hotel and introduces himself. Quickly, the mayor learns that there is a language barrier between them. As a result, he uses paintings on the wall and gestures to communicate his thoughts. This form of communication seems to work, and soon Stepan and Rahat-Helam are spending time together. Stepan shows the vistor around the town, making a point to take him to a particular gate in town with a lion on it. He points to the lion, to the sun in the sky, and then to his chest. Although the town makes fun of their mayor for his underhanded efforts to get this honor, after the visitor leaves, he does indeed get the order. But is he satisfied? Anton Chekhov (1860-1904) was a Russian writer best known for his plays and short stories. During his life-time, he wrote hundreds of short stories, which utilize simple prose and limited literary techniques to get to the heart of the characters. Although he attended school to be a doctor, a few years after earning his degree, he began writing short comedic pieces for journals. After mastering these short sketches, he eventually moved on to more serious works with heavier topics.