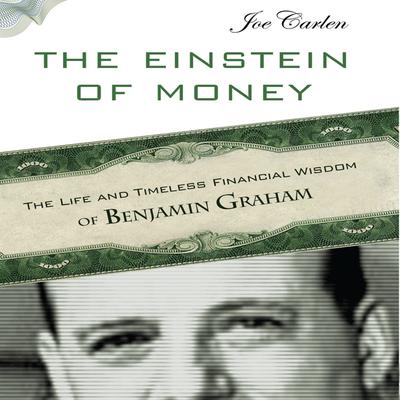 The Life and Timeless Financial Wisdom of Benjamin Graham

"Even in 2012, Ben Graham is still a hero to me" —Warren Buffett (from the author's interview with Buffett for The Einstein of Money) Warren Buffett has repeatedly acknowledged Benjamin Graham, a man he personally studied and worked under, as the primary influence on his investment approach. Indeed, there is a direct line between the record-shattering investing performance of Buffett (and other value investors) and Graham's life. In six books and dozens of papers, Graham—widely known as the "Dean of Wall Street"—left an extensive account of an investing system that, as Buffett can attest to, actually works! In The Einstein of Money, author and business consultant Joe Carlen educates the listener on Graham's most essential wealth-creation concepts (as selected by Buffett himself), while telling the colorful story of Graham's amazing business career and his multifaceted personal life. As the author shows, Graham was a brilliant innovator in many areas—from devising a new currency to writing a Broadway play. His complex personality combined impeccable professional ethics with a checkered, even wild, romantic life. Carlen's biography distills the best from Graham's extensive published works (including his candid memoirs, released in 1996) and draws from the author's interviews with Warren Buffett, Charles Brandes, other top US and global value investors, Graham's surviving children and friends, and select finance professors and authors. In this manner, The Einstein of Money weaves Graham's transformational ideas into the narrative of a momentous life and legacy. Warren Buffett once said, "No one ever became poor by reading Graham." By the same token, no one will ever become poor, bored, or uninspired by listening to Carlen's lively, informative biography of Benjamin Graham and his time-tested techniques for generating wealth.