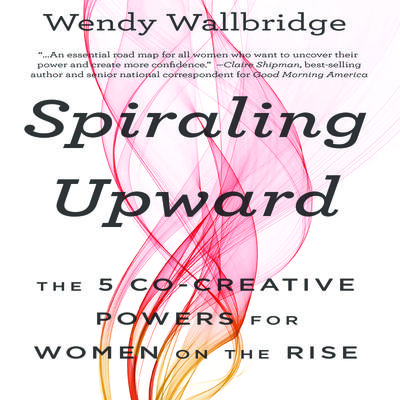 The 5 Co-Creative Powers for Women on the Rise

Women comprise 51 percent of the world’s population, make up over half of the workforce, and control 85 percent of consumer decisions. It’s estimated that two-thirds of the nation’s wealth will be in women’s hands by 2030. Never before have women been so degreed or so represented as decision-makers in all areas of influence. Why, then, are women withdrawing from leadership positions in unprecedented numbers? Why has the tally of women in middle management reached a plateau? The traditional path to leadership in Western culture was forged by men. This linear, head-down, forward-at-all-costs method doesn’t work for women, who define success in more holistic terms, seeking both personal and professional fulfillment. Wendy Wallbridge recognizes this unmet need of professional women for an alternative path to success, and her new book, Spiraling Upward: 5 Co-Creative Powers for Women on the Rise, offers the solution. Using her tried and true “Spiral Up” method, Wallbridge teaches women to cultivate the five co-creative powers of energy, thoughts, feelings, speech, and action. This method encourages each reader to create a fulfilling life aligned with her own gifts and callings. Complete with easy-to-follow steps and exercises, as well as inspiring stories of thirty successful women, this book offers a cogent, step-by-step roadmap for professional women to unlock their power and achieve success on their own terms.