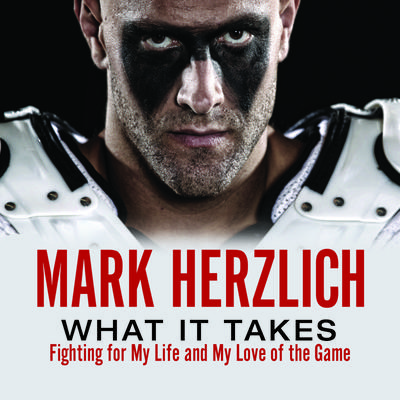 Fighting For My Life and My Love of the Game

In 2011, Mark Herzlich became a starting linebacker for a New York Giants team that would win the Super Bowl—just two years after he had been told that he would never play football again. Now Herzlich tells his triumphant story for the first time. As a child, Herzlich found an inspiring and grounding force in football, eventually turning his passion into a first-team All-American spot at Boston College. But after being named the conference’s top defensive player his junior season, the budding star was sidelined by a persistent, debilitating pain in his left leg. After months of tests, Herzlich received a shocking diagnosis: He had Ewing’s sarcoma, a rare bone cancer. Doctors put his odds of survival as low as fifteen percent—and no one thought he would be able to run, much less play, again. Then Herzlich learned of a radical alternative treatment that would give him the best chance to regain his strength and maybe even play football again. He had a choice to make, one that would allow him the chance to return to the game he loved, but it came at the risk of his life. Herzlich relied on family, friends, faith, and deep wells of determination to help him through treatment, and his drastic plan worked. Not only could he run, but he was stronger than ever physically, and mentally ready to battle his way to a spot on an NFL roster. When he was passed over by all 32 teams in the draft, he dug deeper and continued his training, winning a spot in the Giants’ training camp, and eventually, on the team. Mark Herzlich fought a battle against cancer, against statistics, and some days against himself. Told with candor and raw emotion, this is a story for anyone who has ever fought to beat the odds, for anyone who has ever been told that what they are about to attempt is next to impossible. Herzlich’s story embodies powerful lessons about what can be achieved through persistence and belief, and he serves as living proof that overcoming the impossible is only the beginning.