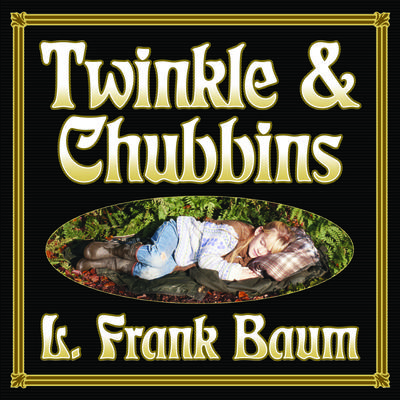 Twinkle and Chubbins is a collection of short children's stories written by L. Frank Baum, but published under the pen name Laura Bancroft. The stories included in the collection are: Mr. Woodchuck, Bandit Jim Crow, Prairie-Dog Town, Prince Mud-Turtle, Twinkle's Enchantment, and Sugar-Loaf Mountain. "Mr. Woodchuck" involves Twinkle discovering the cruelty of animal traps, which her father has set in order to catch a woodchuck living on their property. She has a dream involving the woodchuck's family who show her the truth of what her father is doing. "Bandit Jim Crow" tells the story of a baby crow that Twinkle takes in as a a pet that turns out to be a mean and villainous bird. After he is nursed back to health, he begins tormenting all the birds in the area until Policeman Bluejay has to intervene. "Prairie-Dog Town" sees Twinkle and her friend Chubbins go on a magical adventure into the underground village of the prairie dogs, once they have been shrunken down to the same size as the dogs themselves! In "Prince Mud-Turtle," Twinkle discovers a strangely-colored turtle which she brings back home with her. Twinkle then learns that the turtle is actually a prince who has been turned into a turtle by an evil giant and goes on an adventure to restore the turtle-prince to his human form. "Twinkle's Enchantment" involves Twinkle's adventure when she enters into a gulch to pick berries and meets several proverb-based creatures, such as a Rolling Stone That Gathers No Moss and the Birds of One Feather, among others. "Sugar-Loaf Mountain" follows the adventure that Twinkle and Chubbins go on after finding a trap door that leads them to Sugar-Loaf Mountain. Sugar-Loaf mountain, as they discover, is populated by people made of sugar. They meet the king, who takes them around the city to explore and meet the townspeople. L. Frank Baum (1856- 1919), an American writer, journalist and script writer, is most famously known for his children's books. Baum attended school for theater and later managed an opera house where he wrote plays as well as acted in them. He had many successes and accomplishments, but his greatest success is The Wonderful Wizard of Oz.